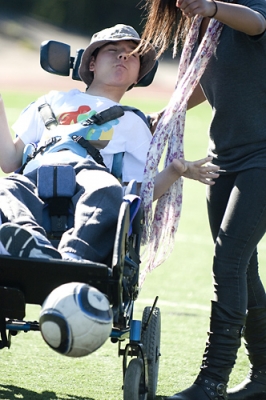 Update March 27, 2019:  Amid criticism over the DeVos budget, President Donald Trump today announced he will override her action and that Special Olympics funds will not be eliminated.

It's the third year in a row that DeVos has tried to cut Special Olympics' funds, but the first attempt in a Democrat-controlled House.  She tried twice in the Republican-controlled House, but was also denied. 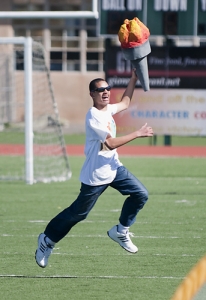 "We had to make some difficult decisions with this budget," DeVos said, though she acknowledged, "I think the Special Olympics is an awesome organization, one that is supported by the philanthropic sector as well.”

Rep. Marc Pocan, a Wisconsin Democrat, in response to DeVos admitting she did not know how many children with disabilities benefit from Special Olympics, said that more than 272,000 children benefit from the program.

Even though DeVos proposed a budget cut to Special Olympics, she announced that she would donate part of her salary to the program.  A spokeswoman said that DeVos made the donation last year and added that DeVos is "personally supportive of Special Olympics and its mission."  But that donation would replace only a small fraction of the $18 million in proposed cuts.

The proposed budget holds steady the amount of core funding for core special education programs, including grants to states under the Individuals with Disabilities Act.

DeVos was also criticized at Tuesday's hearing for eliminating money for the 21st Century Community Learning Center, which supports after school and summer programs for students, especially those from low-income families or low-performing schools.
"This year, I'm puzzled. You're trying to cut it again, completely ignoring the strong evidence that parents support this program and in fact want more of it," said Rep. Nita Lowey, a New York Democrat who's the chairwoman of the House Appropriations Committee.
Rep. Tom Cole of Oklahoma commended DeVos for the proposed increased funding for STEM (science, technology, engineering and math) programs, charter schools and expansion of the Pell Grant.
However, Cole called some of her proposed reductions "shortsighted." 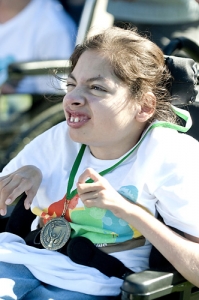 Pocan grilled DeVos at the hearing on Tuesday, asking, "What is it that we have a problem with, with children who are in special education?"
DeVos replied, "Supporting children with special needs, we have continued to hold that funding at a level amount and in the context of a budget proposal that is a 10 percent reduction."
Pocan pointed out that the proposed budget includes a 26 percent decrease in state grants for special education and millions of dollars in cuts for programs for blind students.
Rep. Rosa DeLauro, D-Connecticut, blasted the budget, calling it "cruel and reckless," adding, "it will hurt the middle class and low-income families that most need our help.  How can you support this budget? I mean that genuinely," she said. "As secretary of the Department of Education, how can you support, even boast, about taking 10 percent…away from our teachers and students?"

The Republican War on the Poor continues unabated. Mitch McConnell wants to make up all the revenue lost from Trump's Tax cut for the Rich and their lucrative corporations by taking away monies from Social Security, Medicaid and Medicare. A government's job is to care for its people. Not just the rich. Few of the rich today earned money. They inherited it. Their inherited homes are paid for. Their tax cuts go to buy another yacht or plane. Yet, these GOP supporters, so hungry to torment others not as fortunate as themselves and rob them of every pleasure in life. If we need budget cuts, look to the military. All branches are in default for showing their budgets to Congress. An example during the Iran/Afghanistan War was something like $3 Billion under miscellaneous. We spend more than the next ten countries combined on military. And we have huge graveyards in the desert of tanks, planes etc that aren't used because there's a newer style. The F35 which cost more than a trillion dollars could not be flown in the rain. The government has ordered more. There's incredible fraud in the military-industrial complex and the same corporations that have been found guilty of defrauding the US get a slap on the hand and more contracts. This is the wealthiest country in the world, however with lawyers writing tax code and other legislation to favor their employers; the medical system bankrupting just about anyone who is unlucky enough to get sick; and the GOP's attempts at making poverty a crime we have a declining system. The WHO organization came out with ranks of 156 countries. US used to be #1; Now it's 19th in happiness, 37% in social support, 42nd in corruption and 61st in freedom. The US is 61st IN FREEDOM. But you GOP Trumpanzees keep telling Trump it's OK to kidnap children, it's OK to ignore the Constitution and how you'd rather be Russian than Democrat. You may get your wish.
I have two great children with childhood disabilities. Their parents find events for them to participate in as special needs. Most of the time it is voluntary or at school. Their parents are not out looking into other peoples pockets for help or money. This is America founded on the Good Will, parental responsibility and our broken education system; that lays the groundwork for Socialism; as in this case. It also is founded on the "free peoples" and "free enterprise system" whereby every person has the same opportunity to become one of those rich Americans that you so ably deem need to give up their earned efforts. All too often those that seek these supportive ideologies are those 45% in America that sit on their hands and do not work! It comes down to personal responsibility.

Philanthropists will take care of this, Bill Gate, Benzo and more the government should not be in charge.
Congress has gone over the top spending our money. Too many give way programs. We as a country need to roll back the spending so the future of our kids will not be completely destroyed. The "current administration" is trying to rein in the spending to accomplish that. Priorities need to be set and met. Can't feel sorry for every program that gets "rolled back". No different than your household budget maintain necessities before discretionary.

giving tax cuts to billionaires.  Why shouldn't they pay their fair share?  Sure some are philanthropists but many are not, profiting obscenely while poor and disabled children are being hurt.  But hey, if you feel so strongly how much money are you going to donate to keep this program for kids?

I have seen first-hand how important sports can be for disabled young athletes. I was at an iceskating competition where a developmentally disabled girl won a trophy. Smiling broadly she told the judges, "Thank you!"  People started crying. I asked why and a judge who knew the family told me, "She's autistic. She's never spoken a single word in her life--until today."

Miracles do happen with these types of programs.  I hope the Ebeneezer Scrooges of this world don't spoil it for them.

Cuts to the poor and disadvantaged in all areas of assistance seems to be the norm for the Whitehouse (particularly the current administration). Enrich the wealthy, and take away from the needy. This is how they Make America Great Again?