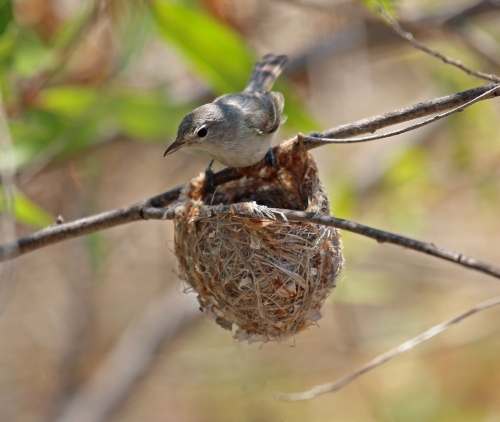 April 23, 2019 (San Diego’s East County) -- This year’s spectacular rainfall has finally ended our eight-year drought and the bounty of spring is one for the records: wildflowers are blooming far and wide, butterflies are migrating by the thousands, birds are nesting early, and the sound of SDG&E chopping at trees fills the air. What? The latter should not be a rite of spring and there’s a very good reason why.

First a little history: Believe it or not humans have been responsible for obliterating entire species from the planet since almost 3000 BCE. This penchant for endangering species ratcheted up in the 1800s, and by the turn of the century a trade in bird parts combined with overhunting, habitat destruction, and a new-found love of wildlife poisons was booming and, not surprisingly, threatening hundreds of species of birds. 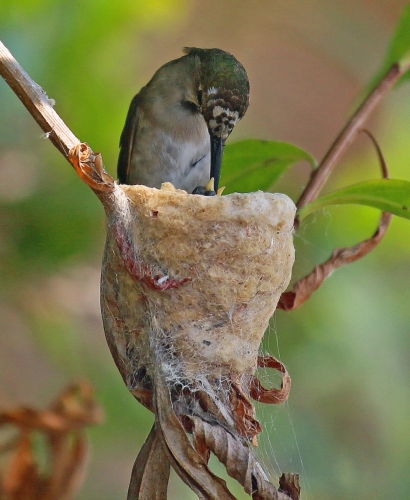 Passenger pigeons blanketed the skies by the many millions in the 1800s yet were hunted to extinction by 1914. The last Labrador duck was seen in my hometown of Elmira, NY in 1878 and  the last of the wild Carolina parakeets was killed in Florida in 1910. The popular fashion of decorating hats and earrings not just with feathers and eggs but entire birds, including their heads and beaks, resulted in a staggering trade of bird parts. Estimates calculate the number of birds killed in Florida alone numbering close to 5 million a year by the early 1900s.

Nationwide there were various state laws in place that were supposed to protect birds but were not working for a variety of reasons, including lack of enforcement. People who cared about wildlife noticed, got busy, and as a result the Migratory Bird Treaty Act (MBTA) passed in 1918. It was an unprecedented federal protection that still applies over a century later, prohibiting unauthorized actions including to “pursue, hunt, take, capture, kill, possess, sell, purchase, ship, transport, export, at any time, or in any manner, any migratory bird, including any part, nest, or egg of any such bird." The law applies to over a thousand species of native birds and includes of set of unique international agreements between the U.S. and Great Britain, Mexico, Japan, and Russia.

Although hats with hummingbird heads are no longer popular, the MBTA is as crucial to protecting birds today as it was 100 years ago. There are an overwhelming number of imminent threats to birds including impacts of the climate crisis, overharvesting, habitat destruction, pollution, and other anthropogenic alterations to our world. 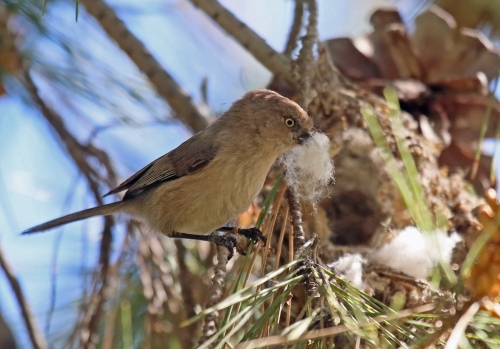 For instance, upwards of 900 million birds die every year from collisions with windows. Power lines and communication towers kill 175 million birds a year in the U.S. alone, and industrial sized wind turbines kill over 300,000 birds a year. Incidentally it is popular now to blame outdoor cats for massive bird declines, but that oft-cited study has been debunked due to its gross statistical inaccuracy so you can stop quoting it now. More to the point, the blame for bird decline lies squarely on humans’ ability to alter bird habitats in ways that harm, injure, and kill them outright.

Despite its broad protections, most people remain unaware of the existence of the MBTA, which brings us full circle. Why is SDG&E risking violating the law every time it cuts a tree branch that may be home to a nesting bird? Partly because the utility company’s subcontractors are oblivious to the law, and partly because few customers report violations. There is a simple solution: most birds do not nest between the months of September and December, so SDG&E, professional tree trimmers, and anyone else chopping up trees and shrubs can restrict their activities to the non-breeding season time of year. If someone insists on mowing a field that has been untouched for more than a couple weeks, ask them to conduct a careful walk through to be sure no ground birds (i.e. killdeer, meadowlarks, nighthawks) are nesting. If they are, you must wait until they have fledged to disturb the land.

As an environmental consultant I have often heard developers ask, “Why can’t the birds just go somewhere else?” Several reasons: First, nesting is a massive energetic investment and starting over is costly. Birds spend all day getting the minimum caloric requirements to survive, not to mention lay eggs, build nests, feed and defend babies and territories. Second, one must ask where the birds can go where there is suitable microhabitat with the specific food and shelter they require, and how will they safely find that new home? Google? Research shows that every time animals move through new, unknown territory their rate of mortality goes up. Neighboring territories may already be occupied by aggressive competitors and will surely have predators whose existence and whereabouts are unknown to newcomers. Third, there is an interesting bird behavior that reinforces the need for this law as well, something all birds share called “natal site fidelity.” Birds have evolved to go back to their place of birth to nest; evolution dictates that if the place was good enough for one to be born, survive, and thrive, it may be a good spot to return to. This behavior is so ingrained I have observed banded birds that overwinter thousands of miles away return and build nests inches away from last year’s nest, in the same tree, on the same branch! Raptors will re-use nests and add to them year after year, and birds will also take material from their old nests to build new ones. They are consummate recyclers! 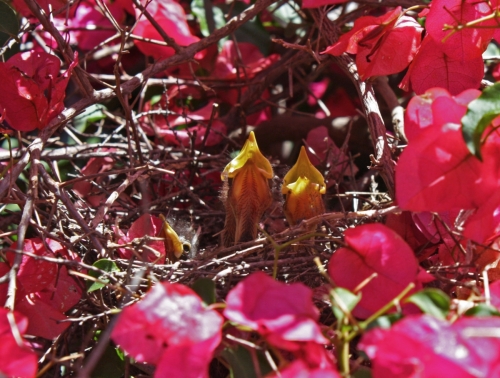 To exemplify how strong this instinct is, meet my hen Miss Moneypenny. Her mother a.k.a. Free Range was not raised in a coop and catching her was difficult, so she was left to roam our property and roosted in trees at night. As a result she laid an entire clutch in our garage loft that we didn’t discover until they were close to hatching. I relocated Free Range and eggs to a coop far from the garage. Little Miss Moneypenny and her siblings promptly hatched, followed by the unfortunate death of Free Range shortly afterwards. It turns out Moneypenny dislikes coops as much as her mother, so she too now has free range of the property. Yet even with her wild instincts diluted through centuries of domestication and artificial selection, she has also chosen to lay her eggs (that we collect immediately) in the very same square foot of space in the garage where her mother did. She chose that spot all on her own; we didn’t give her any hints, and her mother was long gone by the time Moneypenny was old enough to lay.

Given this penchant for birds to return to the same spot to raise their young it just makes sense that we take special care to protect not just the type of habitats they need, but the places they already use for nesting. After all, they know better than us which particular spots are best for raising babies.

So if SDG&E comes to your door saying they have to trim trees around power lines, tell them to come back in September. Doing so will make your yard a more wildlife-friendly space - including birds that eat a host of bugs and rodents that may be unwanted guests - and it’s the law.

Renée Owens is a conservation biologist who teaches environmental science here and abroad, and is President of The Wild Zone Conservation League www.wildzonconervation.org. If you see anyone violating the MBTA, try and get photos of the birds, eggs, or nests that have been disturbed, and report it to the U.S. Fish and Wildlife Service.

If we are now in the migratory bird breeding season how is it that CalFire can cut brush for fire breaks now and other agencies and private parties can't?
CalFire cannot do so without first attempting to comply with the law. Whoever is the lead biologist is SUPPOSED to conduct migratory bird surveys prior to any and all brush cutting or clearing. However, groups like CalFire and other agencies and others are notorious for ignoring the MBTA - or not even being aware of its existence, which is not an acceptable excuse when they know they should be asking an environmental consultant about all aspects of habitat clearing compliance - and then it is incumbent on citizen watchdogs to call them out on such. This has been a repeated problem where we have witnessed violations of the MBTA by clearance crews. Standard practice is that if and when a nest is located, the activity that would disrupt it must be put on hold, or the nest given a buffer zone of avoidance per permission and direction of USFWS. Occasionally projects, like bridge reparations, are given a "take" permit of exemption from the MBTA. But this does not happen on a regular basis.
Birds are one of my favorite subjects to photograph. Many varieties can be found in El Cajon - if a person is observant.
...to have such an abundance of bird life in this county. It is indeed a photographer's delight!