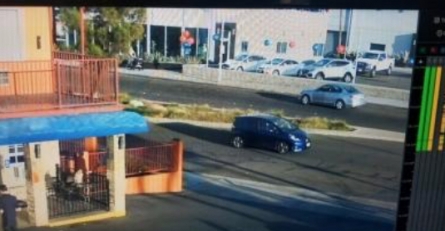 April 29, 2019 (El Cajon) - Courtney Webber has been sentenced to three years in prison for hitting a 9-year-old bicyclist in El Cajon on October 5, 2018, then fleeing the scene, Times of San Diego reports.  Webber pled guilty to the crime.

Court records indicate she had previously lost her driver’s license.

ECM photographer Robert Gehr witnessed the accident near West Main and Sunshine.  He raced to comfort the young victim, also providing a description of the vehicle to police.

“I saw a glimpse of a car speeding at probably about 40. It blew through the red light and did not stop,” Gehr told ECM at the time. He then ran to the victim knocked onto the road.

“He was barely moving. I told him to stay still and put my hand on his back and started to give him words of comfort. His breathing was shallow; he was gasping for breath,” Gehr said, adding that the boy was bleeding from his head and nose areas even though he wore a helmet. “His eyes were closed and he was out of it.”

The boy was taken by ambulance to a hospital. Fortunately he survived the ordeal and is back in school.He suffered neck and head injuries.

Surveillance video showed Webber’s blue Honda Fit fleeing the scene.  Webber, Webber, 25, was arrested the next day at her Lakeside home, where she was found hiding under a bed, according to Lt. Stephen Kirk.

Smashing into someone with a vehicle, then fleeing the scene! I thought this young woman should have gotten more prison time than 3 years. Credited with time already served, plus good behavior will equal less than her actual sentence. I sure hope that she has learned a lesson from all this (her experience and how she traumatized the child - physically & emotionally), remains sober and becomes a better person.