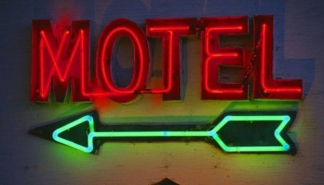 June 29, 2019 (El Cajon) -- El Cajon’s 20 motels and hotels will be subject to more scrutiny, after passage of a new ordinance that sets minimum standards for cleanliness and security.

In a unanimous vote, the El Cajon City Council on June 11 approved a “Deemed Approved Lodging Establishment” ordinance which gives the city broad powers to regulate the 1,120 motel and hotel rooms in El Cajon. The city gains another 96 rooms when the Hampton Inn by Hilton opens next year.

No one spoke in favor or opposition to the measure during the public comments portion of the discussion.

The new ordinance gives the city a way to modify or revoke the permits of motels considered to be a problem – ranging from drug and gang nuisances to roach and bedbug infestations. It also defines a process to resolve problems if a lodging business is cited through regular inspection, which starts with an investigation, written warnings, problem remedy, and a public hearing before the planning commission.

El Cajon motels in the past have been the scenes of fires, shootings, stabbings, rapes, prostitution, drug sales, building and fire code violations, severe filth and pest infestations. 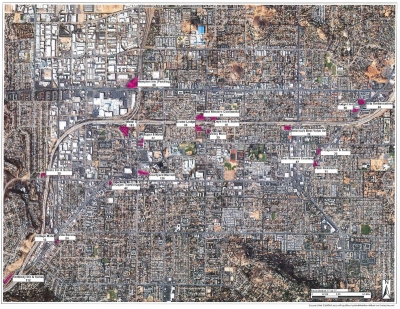 “There is no permit required with this ordinance, there is no fee to pay. It just codifies the set of performance standards to insure guests who come to these facilities are provided with clean and safe rooms,” said Anthony Shute, El Cajon’s Community Development Director.

El Cajon Police in the past year were called out 406 times to The Rodeway Inn near Interstate 8. The Motel 6 on Montrose Court had 286 calls, and the Villa Embasadora Inn on East Main Street had 209 calls.

The city estimates that problems at the The Rodeway alone cost the city $100,000 in police officer time in one year. The City Planning department also cited indirect costs from secondary impacts of problem motels causing potential lost economic activity to businesses in the surrounding areas.

Grounds for the revocation of an operating permit would be an ongoing and serious violation of the deemed approved standards. Calls for service were not included in the proposed performance standards. However, such numbers could be considered if a serious ongoing problem with nuisance or criminal activity occurred. If the issue was not resolved, this could be one of the violations considered grounds for revocation.

Some of the documented problems at El Cajon motels in the past five years include:

In a discussion of the ordinance after the vote, City Councilman Bob McClellan asked about the possibility of requiring motels to install video equipment in the lobbies of the local motels. He was advised by City Attorney Morgan Foley that if this were a requirement, police authorities have to obtain a search warrant prior to viewing any surveillance video.

Shute suggested that installation of a video surveillance system might be added as a requirement if a conditional use permit was granted to a motel brought before the Planning Commission on a violation. 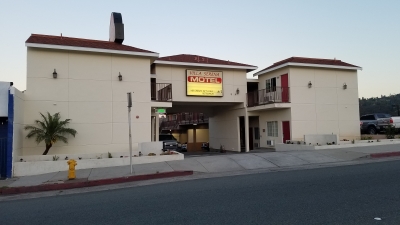 Some El Cajon motel owners are already working to improve their inventory of rooms. Once on the verge on being condemned by the City of El Cajon, the Villa Serena Motel (left, newly renovated, soon to be renamed) was purchased by new owners one year ago. Seeing an increased profit potential of an improved property, they have already made significant room upgrades with new mattresses, large screen television sets, fresh paint and new laminate flooring. The new owners have also installed unobtrusive solar panels to provide clean energy to the lodge.

Although the employee who showed the rooms to ECM did not want to be identified by name, he openly acknowledged the serious problems which have plagued the Villa Serena in the past. 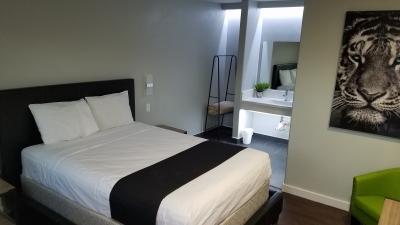 “In this business, nobody really acknowledges that the big hotel operators like Marriott have the same exact problems with problem customers as small motels, but nobody dares to talk about it,” he said. “They also have to deal with prostitution, drug dealing, and crime.”

He also said that the revamped exterior and renewed succulent plant beds have discouraged the area’s homeless population from camping outside of the motel, adding, “We want to be good neighbors in the community.”

Should have been done years ago...also the city should levy appropriate fines to help defray service call costs after a designated number of police responses have been reached. Same idea for apartment buildings with chronic issues requiring police response. Repeated code violations should be charged to the owner for city reimbursement costs as well.