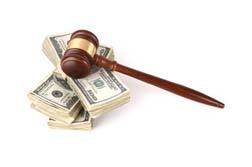 Affected consumers may get more information about the $425 million restitution fund by going to www.equifaxbreachsettlement.com or calling the settlement administrator at 1-833-759-2982. Eligible consumers may receive cash reimbursement for time or money spent trying to avoid or recover from fraud or identity theft because of the breach, as well as limited reimbursement for payments for Equifax credit monitoring or identity theft protection subscriptions. Eligible consumers may also receive free credit monitoring for a period of up to ten years, or, alternatively, a cash payment for buying a different credit monitoring service.  If you’re not sure if you were affected, you can sign up to find out at the link above.

The breach occurred after Equifax failed to apply a critical software fix and implement security measures that would have protected and encrypted consumers’ data. Data exposed by the breach included names, Social Security numbers, birth dates, addresses, and in some instances, driver’s license numbers. Equifax did not disclose the breach, which lasted from mid-May through July 2017, until September 2017. The settlement requires Equifax to pay up to $425 million into a restitution fund for affected consumers, pay another $175 million to states in penalties, and offer additional benefits like credit monitoring and consumer assistance for eligible consumers. In addition to other robust injunctive terms, Equifax must implement and maintain critical data security enhancements.

“On top of holding Equifax accountable for one of the most devastating data breaches to face our nation, we have now recovered hundreds of millions of dollars to help our families who fell victim. Equifax, one of only three major credit reporting agencies, had a responsibility to secure and protect Americans' data. Instead, it breached public trust,” said Attorney General Becerra. “Our credit status impacts nearly every aspect of our lives – from purchasing a home or a car to finding a job. The same Americans who had to immediately protect themselves from fraudsters or identify thieves will have to be vigilant for the rest of their lives. We encourage every eligible person to apply for the relief they are entitled to as part of our settlement.”

This settlement is a result of collaborative efforts by a multistate coalition led by Attorney General Becerra. This settlement is also related to the settlements announced today by the Federal Trade Commission, the Consumer Financial Protection Bureau, and private litigants as part of a class action lawsuit. In addition to the restitution and credit monitoring provided by the settlement, Equifax will pay $175 million in penalties to the states, including more than $18.7 million to California, to support continued oversight and enforcement of consumer protection laws.

As part of the injunctive terms of the settlement, Equifax agrees to:

office and let them know that Equifax is not complying with the terms of the agreement.  Try one of these numbers:

I called Equifax regarding this article and the two people that eventually answered the phone had no idea what I was talking about (free credit monitoring or the settlement). Seems as if nothing has changed with these folks.
Multi States, FTC and Consumer Fiancial Protection Bureau...........That is who done it, and Becerra gets written up like the credit is all his. I have been waiting a long time to see something come out of the Attorney Generals office in California and apparently this is it. Perhaps we will get $1.85 out of the settlement? Wonder where he stands on the Sanctuary State, Federal Government funds and Californians that he is support to protect? The real issues that are COSTING us out of our pockets.