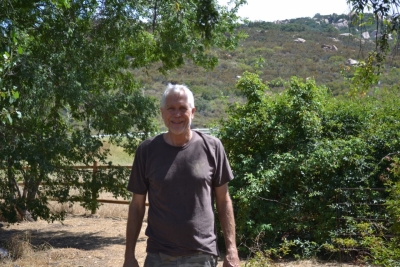 July 23, 2019, (San Diego’s East County) -- Recently at the Board of Supervisors hearing on the Otay Ranch V14 Project, “Adara," all the issues of land use in the wildland urban interface (WUI), environmental protection, conservation, urban planning, housing sprawl, fire safety and the County process for granting approval came together in this one project proposal for Proctor Valley in the Jamul Dulzura Sub Area Plan jurisdiction.

Some people have a knack for hitting the bull’s eye. That would be our Supervisor Dianne Jacob of the 2nd District. Dianne spoke first and her first question was this. ‘Do you folks have any fire insurance?’ ‘Have you been able to get fire insurance?’ This was a memorable moment. The room just froze. A proposal for 1,119 new high-density housing sprawl in a very high fire prone area in California and no one had thought about fire insurance.

Well...as you certainly might expect, a professional fire fighter could not help out with ideas on how to get fire insurance or if any was even available. Chief Mecham does not sell fire insurance.

The Cal Fire scientists in mapping and fire modeling create maps where they mark areas in degrees of fire danger. Proctor Valley and the entire project falls into the “Very High Fire Hazard Severity Zone” classification. Supervisor Cox spoke after Supervisor Jacob. He said, “Let me walk you down memory lane.”  The last two years of fire conflagrations in California north of us starting from Ventura County to Redding vanished in a haze. We were back dreaming of the romance of living in the chaparral hills. “Now let me turn to the professionals,” as he made an abrupt transition.

This professional would be, again, Fire Chief Tony Mecham. Literally he took a lot of heat from this meeting, undeservedly so. So picture this. We just walked down memory lane and Supervisor Cox has been looking at maps presented on the big screen showing the entire area of the project footprint as being in a “Very High Fire Hazard Severity Zone” and seen maps showing the entire area of Proctor Valley burned in the Otay Fire of 2003 and the Harris Fire of 2007. With this freshly in mind Supervisor Cox asks a Cal Fire Chief, “Is it safe?”

So for the next 10 minutes, or so it seemed, Supervisor Cox kept rephrasing the question trying to coax the word “SAFE” out of the mouth of the Fire Chief. But our Fire Chief in a very untenable position was not giving him the home run. Finally, finally, Supervisor Cox repeated and repeated his question until he got something, a bunt, just something. “Is it Safe?” Here Chief Mecham replied, “It is as safe as it is going to get”. SCORE.

Supervisors Cox took a victory lap and was joined by Supervisor Desmond and Gaspar. In their minds they had successfully transferred responsibility onto the shoulder of one man, a Cal Fire Chief, and this is the real abuse of the public democratic process. The hearing buzzed along like a kangaroo court. It averted responsibility of the County to fully review and analyze the real facts and conditions of a new era of catastrophic fire weather events happening in California.

In the conclusion of my two minute speech I asked the Board, “Are you willing to do a comprehensive “risk assessment” of the increased threat that Adara, the Otay Ranch Project, brings to the neighboring communities of Jamul Dulzura, Spring Valley and Chula Vista in times of Santa Ana wildland fire events? Are you prepared to do the hard work to make an informed decision?”

These and many other similar pleadings from other speakers fell on deaf ears. Cal Fire scientists and others gathering statistics from the recent two years of fires in California found that homes built to the highest codes of “hardening” for fire resistiveness with practices of “fuel modification zones” failed and burned to the ground at almost the same rate as older homes. As Dave Sapsis, a specialist in fire modeling and behavior at Cal Fire, reminds us, “As homes caught fire, they became more fuel for the blaze. Dense pockets of burning homes in the hills, such as those in Fountaingrove, played a significant role in the fire’s spread.” This was new information and it fell on deaf ears. Deaf ears of the County urban planners who are determined to spot these mini-Chernobyls in the East County fire prone wildlands that will melt down and end up spewing fire igniting the surrounding communities. How did Chernobyl happen? The Russians decided it was “lies.” Here in San Diego it is “denial.”

The “buck” stops at the Board of Supervisors. California Statutes currently allow local governments to decide if they want to build or rebuild in “very high fire prone areas”. Cal Fire can only inform you that you are at great risk if you do this. Power of decision lies with the leaders of the local government. And here we see a very bad game being played out where they are trying to hang responsibility onto Cal Fire. This is rotten policy and practice. It is extremely unfair to Cal Fire and cheats the public out of being informed. Also Cal Fire representation at these hearings should be independent of the County staff planners pushing these projects. Sitting with them in their benches creates an alarming appearance of conflict of interest.

Thank you, Supervisor Jacob and Supervisor Fletcher for having common sense and some good “country sense.” Last month I had asked Fire Chief Dave Nissen to attend the Jamul Dulzura Community Planning Group so we could ask Cal Fire questions about operations and procedures for emergency wildfire evacuations. Of the hundred or so questions, not one person asked ‘if it was SAFE?’. We who live out here in the backcountry know “It is NOT safe”. Fire season rolls around every year. We are vigilant, we prepare, we are ready to evacuate. Fire season is now longer and starts in the spring and last through December and the Santa Ana’s blow stronger and last for weeks and months not just days.

If Adara was not dead on arrival she was on life support when she was wheeled across the finish line. Suffering from major blows, future BOS may not be able to resurrect her. If fire was not enough, Adara wants Multiple Species Conservation Preserve land for the project. Land that has been protected and under restoration since 1997. The partners of the MSCP with the County, the U.S. Fish and Wildlife and the California Fish and Wildlife Dept.,have furiously protested this illegal land grab. But the County put forth a proposed settlement agreement that is full of “if” bombs and the partners are not obliged to agree to anything leaving the end project as a complete unknown. Again, Supervisor Jacob said, :This made no sense”  and “…might be the strangest thing I’ve seen here at the Board of Supervisors.”

The process for approving new sprawl projects in the high fire prone wildlands is in shambles. As Supervisor Jacob’s question foretells, the fire insurance issue will be one of the lynch pins that undoes the dangerous placement of new housing in areas that continue to burn time and time again. As local leaders prove themselves to be irresponsible, the State may step in to regulate building in the fire land prone areas of California with the equivalent of a Coastal Commission. Lacking in any kind of good sense, adult supervision will naturally fill the void.

Time to take the keys away down memory lane.

2010 we succumbed to a San Diego "Fire Authority" and County DPS requirement, purchasing/installing/sustaining a 10,000 gallon water tank that we are required to pay all costs for, and keep it filled with water. FOR fire crews to access. Hasn't happened since we moved here. As a retired firefighter, I was indignant to irate. These men with gold badges go to National Fire academy programs to give them the latest to work with. Didn't happen here. Made no sense and I made it known to everyone including our illustrious Supervisor=======almost 10 years ago. First, we have a water fire hydrant several parcels from us on El Monte Rd. and I requested the County extend it. Turned out that they referred us to the water district as responsible to negotiate. As expected they copped out. Lo and behold, the City of San Diego has water mains from El Capitan reservoir along El Monte Rd. to San Diego. My point is the 21st Century building & Fire codes required us to install a sprinkler system in our house, breezeway and garage. Guess what? When our power goes out here in the Unincorporated area of Lakeside, off goes our well motor pump that fills that worthless expensive tank. House burns to the ground. More pig in the poke expenses that could cause us a total loss. Now back to "memorable moments" from our Supervisor whereby she verbalizes common sense that most if not all, already know, and I wish these bureaucrats would get the men in gold to turn old requirements into new, that make sense. Water main bonds, assessments or taxes, or for that matter all the money we were forced to pay for that pig in a poke tank system, for underground extensions from reliable sources. Electrical under-grounding is happening in San Diego, I wonder if it is happening out here where the past two major fires apparently blamed overhead lines for ignition. Water main under-grounding is nothing new, and it should be first priority over tanks and worthless fire protection system like sprinklers without a pump to operate them when the power goes off. Fire Insurance? 2nd priority to common sense.

Could a generator help keep power on to the pump for your tank, if power goes out during a fire?