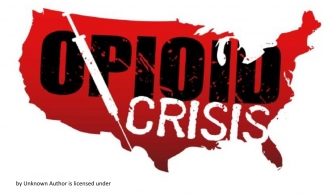 October 21, 2019 (La Mesa) – Similar to other jurisdictions in California and around the nation, the La Mesa City Council has directed the City Attorney to file a lawsuit in the Superior Court of the State of California against numerous opioid manufacturers and distributors.

“This lawsuit is necessary to end opioid addiction in our community and its adverse impacts,” said Mayor Arapostathis. “We can no longer stand by and witness our citizens suffering the consequences of the reprehensible actions of these businesses and individuals.”

Opioid distributors were also named in the lawsuit, including Cardinal Health Inc., Amerisource Bergen Corporation, and McKesson Corporation. The City is seeking reparations for loss of resources, economic damages, and damages to the health and welfare of its citizens related to the ongoing opioid crisis.

The term “opioid” includes all drugs derived from the opium poppy.  The United States Food and Drug Administration describes opioids as “powerful pain-reducing medications that includes prescription oxycodone, hydrocodone, and morphine, among others, and have both benefits as well as potentially serious risks.  These medications can help manage pain when prescribed for the right condition and when used properly, but when misused or abused, opioids can cause serious harm, including addiction, overdose, and death.”

“This lawsuit will seek to recover costs and tax resources taken from the City and its citizens due to the bad acts of the manufacturers and distributors of opioids who caused this ongoing crisis,” said lead outside counsel Roman Silberfeld of Robins Kaplan.

The city of La Mesa has a death rate from prescription opioids that is more than four times higher than from heroin.

Below are statistics specific to opioid overdose and death rates in the City of La Mesa, as compared to the County of San Diego and State of California.

*Data source:  California Opioid Overdose Surveillance Dashboard as of May 6, 2019

So when some one goes on a shooting rampage it's the shooter's fault, not the gun dealer, not the gun maker, but the shooter. When it comes to Opioids it's everyone's fault but the addict, Most Opioid on the street don't come from a doctor, that's why a lot of them are lace with something else