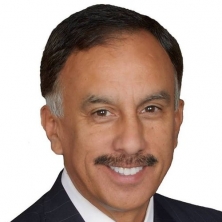 November 8, 2019 (Lemon Grove) – Superior Court Judge Richard S. Whitney on October 25th approved a motion to compel a deposition of Matt Mendoza in the case of Christopher Williams vs. Davis Arambula and the City of Lemon Grove. The order was issued just days before Mendoza resigned from the Lemon Grove City Council and announced that he had moved to Florida.

The Judge initially ordered $1,500 in sanctions to be awarded to Williams, but later removed the sanctions.

Williams has accused Arambula of assaulting him  in July 2017, following a discussion at Arambula’s home regarding cannabis dispensary applications submitted by Williams to the city.  Arambula has claimed he acted in self defense, but never notified the Sheriff. A Sheriff report was filed after Williams received treatment of serious injuries at a hospital emergency room.

The ruling states that the Plaintiff declared that "several people have informed me that Mr. Arambula discussed the attack with Matt Mendoza, a member of the Lemon Grove City Council, outside of any official City meeting and outside the presence of any lawyers” and stated that one of those persons was “an employee of the City who observed Mr. Arambula discussing the attack with Mr. Mendoza. The City argues this means others have the knowledge Plaintiff seeks. However, it is unclear what the exact amount of the conversation these people heard was…Thus, it appears Mr. Mendoza has direct knowledge of Defendant's conversation about the alleged attack and there is nothing before the Court to indicate the entirety of the information may be obtained from an alternative source. Further, only Mr. Mendoza may testify to where he chooses to conduct City business, which could bolster Plaintiff's argument that the City regularly conducts City business at private premises.”

According to an article in the Candid Chronicle, a publication founded by Williams, Mendoza has stated that he was kept in the dark initially about the incident until he read about it in the Union-Tribune. He reportedly was not informed about the severity of Williams’ injuries, was not shown the sheriff’s report nor told that Williams had applied for several dispensary permits. According to the Candid Chronicle, Mendoza criticized city officials whom he claimed hid key facts. “Mendoza requested an internal investigation be done by James Lough, former city attorney, and city manager Lydia Romero,” the Chronicle states.

She also stated that "Mr. Mendoza’s employer sent him to Florida on a special work assignment in the late summer far before the Order was issued by the Court.  That work assignment became permanent, which required Mr. Mendoza to resign his City Council seat.  He missed the City Council meetings in September and October."

ECM has left messages for Mendoza and Briggs requesting comment and also asked Mendoza or copies of his investigation requests, but we have not received responses.

Williams praised Mendoza for holding “integrity in high regard,” but questioned the timing of his resignation with a deposition pending. The city’s lawyers have reportedly fought against having Mendoza deposed.

Correction: An earlier version of this article stated that the Judge had approved sanctions to be awarded to Williams. The judge has in fact removed those sanctions.

The second paragraph says Williams accused Arambula of assault. The last sentence says a sheriffs report was filed after Arambula was treated for serious injuries. Should that have said after Williams was treated???