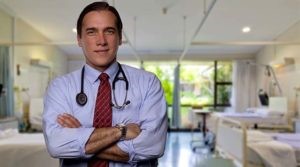 Unlike 2003, when Darrell Issa spent nearly $2 million for signature-gathering efforts that led to the ouster of Democratic Gov. Gray Davis, Dr. James Veltmeyer said his recall bid against the current Democrat could raise only $90,000.

“This recall effort will not be successful — not because of a lack of enthusiasm or dedication but, very simply, due to a lack of funds to hire the paid professional petition circulators we always knew were critical to have any chance of gathering 2 million signatures statewide in just five months.”

In fact, the California Secretary of State’s Office reports no signatures from the Veltmeyer petition drive.

Andrew Russo, a spokesman for Veltmeyer, said Wednesday his drive made no early submissions because the law didn’t require it, and “we felt no need to tip Newsom off as to how well things were going or not going.”

Veltmeyer on Monday wrote that a competing recall drive by author and speaker Erin Cruz of Palm Springs — launched Sept. 6, three weeks before his effort — “complicated matters, creating unnecessary confusion despite our sincere attempts to unify.”

Russo said Cruz’s campaign manager several months ago requested a proposal from the Veltmeyer team on how to unify the recall efforts.

“We responded with a generous proposal, only to be publicly attacked by Erin Cruz in a YouTube rant,” Russo said. (In September, he said Cruz “did not respond to us directly, but just produced a couple of videos attacking us as ‘thugs’ using strong-arm tactics trying to bully her, etc.”)

Still, Veltmeyer hailed their combined efforts. Both needed 1.5 million verified voter signatures to trigger a recall election. (They were shooting for 2 million, just in case.)

“Between the two recall campaigns,” Veltmeyer wrote, “several hundred thousand signatures were collected, which on a shoestring budget, a short time frame and only with volunteer help isn’t bad. It just wasn’t enough. Not enough money. Not enough time.”

The Secretary of State’s Office reported that the Cruz recall submitted 163,395 unverified signatures by Dec. 9.

And despite what she called disinformation that she was ceasing efforts, Cruz declared: “I have no, no, no intention of backing out of the recall of Gavin Newsom. … We are going to push.”

She said: “Believe it or not, 30% of our supporters signing our petition are Democrats…. Chew on that.”

But she indicated a lack of money as well, saying she would mail petitions only to those who send self-addressed stamped envelopes to a San Diego address.

“Certain people wanting to waste our donor dollars” asked for petitions, she said. When Cruz mailed them, they came back undeliverable, she said.

“We are making phenomenal ground,” she said, asserting that “many” small businesses would host petitions. “I hope you’re fired up…. This last six-week push is going to be huge.”

The California Republican Party backed the recalls in spirit but committed no money to either one, with state party chair Jessica Millan Patterson quoted in December as saying: “At this time, our resources are focused on key legislative and congressional races and we do not anticipate committing those resources to either recall petition.”

Undaunted, Veltmeyer wrote Monday in his 370-word message: “We are alive to fight another day. … We will be back.”

And he set a different goal this time — first raising enough money to mount an effective petition drive. He said $5 million is needed.

“We will continue – at Californians to Recall Gavin Newsom – to explore ways of raising these funds during 2020,” he said. “Fifty Californians willing to contribute $100,000 a piece would do the trick. Do you know of anyone?”

$7,000 from Claire Reiss, owner of Reisung Enterprises of La Jolla.

Spokesman Russo said of wealthy donors: “We are building a list of prospects.”

I met a man seeking signatures for a petition at Albertson's in LG. I told him I would not sign because I don't know much about the issue. I was thinking this could be for a bad cause. "Save the Puppies" could be a plan to allow oil and gas drilling in Lake Murray or Hanson's Pond. Caveat Emptor.

He gets paid for every signature he gets so there is a motivation to prey on the weak or dumb people.

You have to understand why the California Republican Party would not put any money behind the effort at this time. It is simply not in their interest to get a recall on the ballot, because they would lose and their overall situation in California would be even sadder as a result. Newsom is a popular governor, winning the 2018 election with over 60% of the vote. There are more registered voters who decline to state any political party than there are actual registered Republicans in this state. It is wise for the state party to think about regaining that number two spot in California politics before they go gunning for number one! The party is best advised to consider what their time in the wilderness means, as American history continues its uneven move inward from the coasts. California Republicans can probably help Texas Republicans prepare emotionally for their eventual fate as that state careens toward purple, for example. Demographics is destiny, the future is not bright for this party.