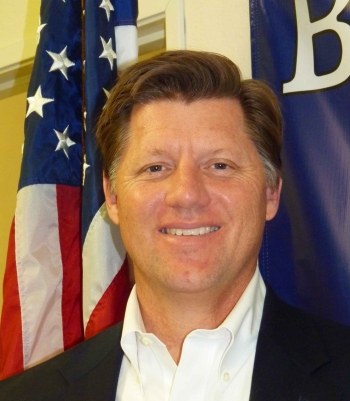 East County News Service
January 23, 2020 (Sacramento) - Senator Brian Jones (R-Santee) announced yesterday that his Senate Bill 723 passed the Senate unanimously. This bill corrects a hastily written state law that could cause an otherwise legal gun owner to become a felon if a warrant was issued in their name, whether or not they have knowledge of the existence of the warrant.
"Simply owning a legal firearm should never put an individual in danger of becoming a felon," said Senator Jones. "California's current law could cause a gun owner to lose their due process rights that should be guaranteed to all Californians."
SB 723 corrects a policy that was improperly added through the budget process and never received a policy committee hearing. This bill clarifies that any person for whom a warrant has been issued must have knowledge of the warrant before they can be arrested for a specific firearm related charge.
SB 723 passed the Senate Floor unanimously and will now proceed to the Assembly for referral to policy committee.

I'm not a conservative, but I am a gun rights supporter who will be voting on a replacement for our criminal former congressman, a seat for which Brian Jones is running. I can say this: at least Brian Jones is actually from our district, unlike Coastal Carl or North County Darrell who both held their announcement rallies outside of the 50th district! Correcting this mistake via SB 723 is the right thing to do, and I am glad to see he is working with Democrats on fixing their error. If I have to have another conservative Republican represent me, I'd hope it was Brian and not one of the carpetbaggers. I will be supporting Campa-Najjar given my own party has not put up a candidate, but Brian Jones at least has shown himself to be a decent guy (with no allegations of burning down one's own business or sexual misbehavior in a public urinal... both of course which Darrell and Carl deny.) So give him some credit here, well done!