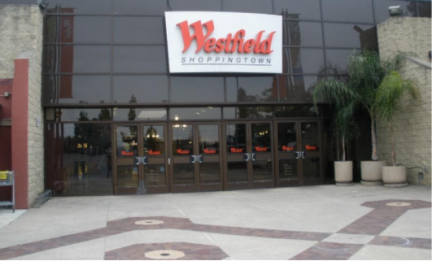 September 15, 2020 (El Cajon) – Starwood Capital Group has lost ownership of Parkway Plaza Regional Shopping Mall in El Cajon and six other U.S. malls, after defaulting on Israeli-held bonds.  A ratings downgrade on the debt earlier this year triggered a clause allowing bondholders to take control of the properties.

Six parties bid on the portfolio back in May, including Starwood.  The winning bidder, a partnership between Pacific Retail Capital Partners and Golden East Investors, have indicated they “plan to replace department store tenants or repurpose the malls into apartments or offices,” the Wall Street Journal reports, according to The Real Deal.

But El Cajon Councilman Gary Kendrick says getting rid of East County’s largest and only indoor regional shopping mall “would be unacceptable.”  He anticipates the mall’s new owners will face opposition to any such proposal from the City Council.

The property is zoned as a specific plan not restricted by zoning, so the Council has more freedom to approve or deny a variety of project types.

As for turning the mall into apartments or offices, Kendrick says, “They’ll have to get the City Council’s permission to do that. I think that’s going to be an awfully hard sell.”

What could be feasible, he says, would be to allow the owner to add a housing component “which is very popular right now as a way to revitalize malls” and provide “one stop shopping” for residents. A second story might be added to the mall, or housing built where one of the outlying buildings owned by the mall is now.

“If a developer comes up with a good plan to integrate the houses with the existing mall, I would be all for that,” Kendrick says, adding that a revitalized mall could include community entertainment, such as a skating rink or bowling alley.

Loss of the regional retail center could mean a big reduction in city sales tax revenues and property taxes with reassessment. The latter is based on anticipated future income of the mall, so a temporary loss of sales due to COVID-19 would not cause a long-term drop, according to Kendrick. But closure would eliminate the city’s major sales tax source.

In a recent interview with The Real Deal, Starwood Capital Group CEO Barry Sternlicht said the COVID-19 pandemic was “a dagger to the chest” for the retail industry.

But Kendrick believes this mall could be revived and thrive, unlike some in decaying inner cities. “It was a thriving mall until the pandemic,” he says, noting that redevelopment has begun occurring in the immediate vicinity. He hopes to see the ownership change lead to revitalization of the shopping mall and vicinity, which recently had a new hotel go in across the street as well as new restaurants.

Parkway Plaza recently lost Sears, a long-time tenant, but still retains Macy’s, J.C. Penney, Walmart, and other large tenants including a sporting goods store, furniture retailer, office supply and home goods stores as well as many smaller retailers and restaurants. But the mall has been hard hit by the pandemic, losing months of rent.

Only this month did the mall reopen for indoor shopping, per state and local health orders.

Starwood did little if anything to help its struggling retailers during the pandemic shutdown. When ECM’s reporter contacted the Parkway Plaza mall management to ask for a list of all businesses still open when indoor malls were ordered temporarily closed, such as department stores and some other businesses with outdoor entrances as well as restaurants with outdoor dining, management merely referred our reporter to a directory of stores and suggested the reporter contact each one individually. Nor did the mall management make any attempt to set up outdoor canopies or provide security to aid smaller retailers to set up space outside before indoor shopping reopened.

If the mall were to close permanently, East County residents across San Diego County’s vast inland area would have only Grossmont Center in La Mesa, a smaller outdoor shopping mall, left as an alternative, or the outdoor Viejas Outlets Center in Alpine. To find a large outdoor mall, East County residents would have to travel all the way to Fashion Valley, a mall where full parking lots and traffic jams often discourage even the most determined shoppers during busy holiday shopping times.

Starwood purchased Parkway Plaza and six other malls from Westfield Shopping in 2013 for $1.6 billion and refinanced $268 milion through the Israeli bond market.  The sales price to the new owners has not been disclosed.

East County Magazine gratefully acknowledges the Grossmont Healthcare District for supporting our wildfire alerts and the Facebook Journalism Project for its COVID-19 Relief Fund grant to support our local news reporting including the COVID-19 pandemic and coverage of emergencies including wildfires. Learn more: #FacebookJournalismProject and https://www.facebook.com/fbjournalismproject/.

Parkway Plaza parking lots were packed at 50% full today. There shall always be enough room in El Cajon for air conditioned plazas.

Can Someone Do My Class Online For Me? Can I Pay Someone To Take My Online Class For Me? Try Us! Best Mentors Online is the best Online Class Help Company for you!
There going to be far more homeless, and there already are so many in East County. So perhaps local GOV leadership should consider turning Parkway Plaza into a homeless shelter. I do not see much hope for the stores remaining there.

How many people go skating or bowling? Are there enough to support the place?

Hope this doesn't mean I'm out of a job.... Unless they transfer us to the regal in Rancho SD.