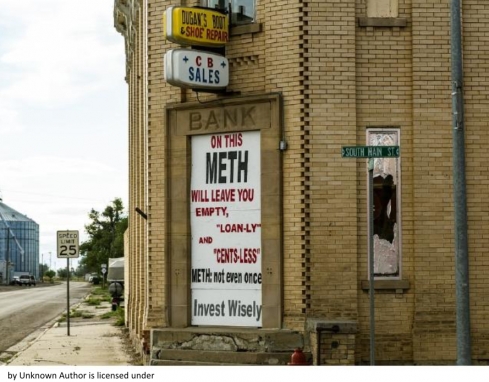 December 15, 2020 (San Diego’s East County) -- East County’s reputation is pretty solid when it comes to open space, small town living and friendly people. But when it comes to methamphetamine use, it’s a different story. San Diego County was identified as the “meth capital of the world” in the 1980s and 1990s in large part due to the proliferation of meth producing labs across the East County. Local elected officials and law enforcement struggled to keep up with the fallout. They established the Meth Strike Force in 1996 to address the problem. And while San Diego County is no longer the meth capital, the problem still persists in East County. 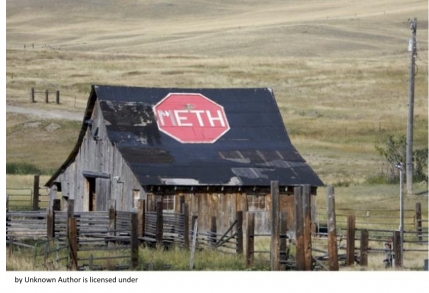 “Meth means death,” San Diego County Supervisor Dianne Jacob said at a November news conference announcing the results of the report card. “There is no sugar coating it, meth is destroying lives and families at a record pace here in San Diego County.” Jacob, who completes her tenure representing East County in January 2021, spearheaded efforts to create the strike force.

“The tragic deaths were unnecessary and a hundred percent avoidable and that’s the shame of it all,” she said. “My hope today is that someone hears us and takes that first step to treatment and recovery, because it is treatable.” 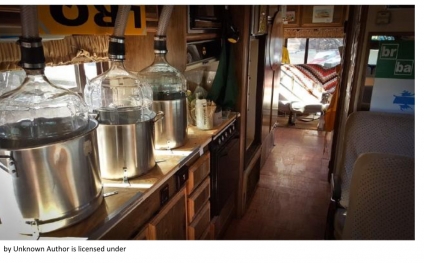 Data regarding hospital emergency department discharges for amphetamine dependence and misuse in the East County provided some encouraging news. The numbers were on a steady increase from 2009 and spiked in 2016, before continuing on a steady decline through 2018. For every 100,000 East County patients who were discharged from a hospital emergency room, fewer than 1,500 of them had an amphetamine dependence.

Meth Capital of the World

While the hotbed for meth manufacturing has shifted away from East County, it didn’t go far.

Irma Contreras is a substance recovery counselor at the Vista Hill ParentCare Family Recovery Center in La Mesa who works with women trying to reclaim their lives from meth. She appeared at the news conference. “I am living proof that there is hope after the wreckage caused by using meth,” said Contreras, who has been drug-free for 18 year. “I was one of those who thought I could dabble in meth. I was not successful. It became my everything. Treatment does work.”

Director Nick Macchione of the San Diego County Health and Human Services Agency says there are people in the devastation of meth. “Every San Diegan has an opportunity to step up and help and we need that help,” Macchione said. “Speak up. Help get them into any one of our help lines. Don’t stay silent. Say no to meth.”

Anyone seeking treatment or who wants to help someone who is can contact the San Diego County Access and Crisis Line at (888) 724-7240 or by calling 211. The Meth Hotline at (877) NO-2-METH can be used to report meth related crimes and remain anonymous. The Meth Strike Force for additional resources can be reached online at www.no2meth.org. 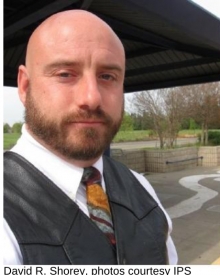 Legalize weed and save millions on law enforcement and jails. Maybe coke too, take billions in profits from the cartels.

Now, I am not going to make a big case for methamphetamine legalization here, To the contrary. What is clear, is that we suffer from a stubborn disability: the American inability to learn from our own history. Please do go look up the 18th and 21st amendments. Prohibition does not work. Also true: meth is one of the absolute worst and most dangerous street drugs, ranking in my estimation with pcp and fentanyl. Obviously these drugs must be prohibited! So what to do? The strategic end of prohibition for less dangerous drugs, along with health care and treatment, is really the only harm reduction policy there is remaining. We can meet the demand for drugs - which if you have not noticed just never goes away - with safer alternatives. Sorry folks, but prescription Adderall is safer than meth. People live long and productive lives on a variety of narcotics. Have you ever heard of a methadone clinic? Oxycontin addiction is not a terrible problem, until you deny the sufferer Oxycontin. That is cruelty. Some people have painful conditions, and prohibition is now making it very hard for people to get the pain relief they need. More cruelty. Colombia is even flirting with legalizing coca use and regulating Cocaine for medical (non-recreational) export to reduce harm in their country. Nothing is easy, and we can't expect perfection, or even good outcomes. But we can have better outcomes than the terrible mess of illness, suffering, drug war lords and incarceration we have cursed ourselves with. If we can just learn from the experience in of our own country a century ago, a scar of stupidity forever marked in our own constitution, then we can move on make things a lot better. The obvious need for change continues to elude us, but there is never any better time than the present to start with being smarter than we have been.