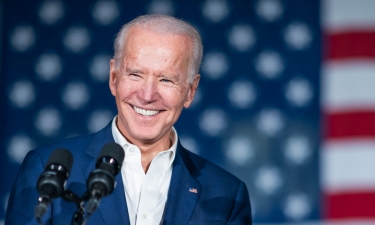 January 21, 2021 (Washington D.C.) – Within hours after his inauguration, President Joe Biden has issued dozens of executive orders, announced ambitious efforts to combat the coronavirus, bring relief to struggling Americans including renters and students with loans, bring aid to local governments, fight climate change, reunite families separated at the border, and more. He also fired three Trump administration officials who had sought to undermine their agencies’ missions. In addition, he announced daily themes for his first month in office.

Biden signed an executive order for the U.S. to rejoin the World Health Organization with Dr. Anthony Fauci leading America’s delegation. He also signed an order creating a COVID-19 Response Coordinator who will report directly to Biden and manage production and distribution of vaccines and medical supplies.

Biden aims to have 100 million vaccines administered in 100 days.  But with nearly 3,000 Americans dying daily of COVID-19, aides to Biden told CNN they were shocked to learn the Trump administration had no distribution plan for the vaccine, forcing the Biden team to “build everything from scratch.”

He issued a 100 Days Masking Challenge requiring masks and social distancing on federal properties and encouraging state and local governments to do the same.

Biden’s National Strategy on COVID includes a roadmap for safely reopening schools, business and travel, including requiring COVID tests for travelers from overseas. Health and Human Services will collect data on school reopenings and spread of COVID to assess risks to students, staff, teachers and families.

He announced plans to use the Defense Production Act to speed up production of N-95 masks, vaccine and testing supplies and more. (Trump invoked the act to speed manufacturing of ventilators.)

A COVID-19 Health Equity Task Force will assure that vaccines, treatments and protective gear are distributed fairly including in hard-hit communities of color.

In his American Rescue Plan, he will ask Congress for $1.9 trillion including state and local government aid, funds for schools, COVID-testing and a national vaccine program as well as $1400 stimulus checks to supplement the $600 provided by the Trump administration.

The Biden team announced it will center actions around themes each day, CNN reports.  Today, Biden’s first full day in office, is focused on the coronavirus pandemic.

Monday will be “Buy American” day with an executive order strengthening requirements for federal purchase of goods from U.S. companies.  Tuesday’s theme will be equity, including efforts to end private prisons. On Wednesday, climate change will be the focus including an executive order to reestablish the President’s Council on Science and Technology. Next Thursday’s theme will be healthcare, including lifting a federal ban on funds for organizations providing healthcare overseas that also include abortion services.  Next Friday will focus on immigration reforms including establishing a family reunification task force to reunite children taken from parents at the border and additional executive orders to improve treatment and processing of immigrants and refugees at the border.

February will have themes focused on “restoring American’s place in the world.”

Fulfilling a campaign promise, Biden signed an executive order for the U.S. to rejoin the Paris Climate Accord, which Trump had withdrawn from. Every nation on earth, with only two exceptions, have joined the Accord and pledged to reduce greenhouse gas emissions.

Biden also ordered cancellation of the Keystone XL pipeline which had been opposed by environmentalists and Native Americans.

In addition, he instructed agencies to review and reverse over 100 Trump actions harmful to clean air, water, wildlife and other environmental concerns.

Executive branch appointees must sign an ethics pledge prohibiting them from acting in their personal interest and requiring them to uphold the independence of the U.S. Justice Department.

Biden has extended a national moratorium on evictions  and foreclosures until March 31 to aid renters and property owners.

The new President strengthened the Deferred Action Childhood Arrival or DACA program to restore protections for immigrations brought to the U.S. as children.

He restored a requirement for non-citizens to be included in the Census used to apportion Congressional representation and provide funding to local cities and counties.

He reversed a ban on entry into the U.S. for people from seven nations with a majority Muslim population.

He ended the emergency declaration that Trump used to fund the border wall, freeing up funds for use on other priorities.

He also banned workplace discrimination based on sexual orientation or gender identity.

The new President ordered an extension for American students with federal student loans, pausing payments and interest until at least September 30.

Michael Pack headed the U.S.Agency for Global Media, where he actively worked to destroy the mission of Voice of America and convert it into a propaganda outlet for Donald Trump and republicans despite federal law prohibiting political interference with the internationally broadcast media outlet. Pack had fired many journalists and replaced them with Trump loyalists and violated the Constitution by punishing reporters who provided any critical coverage of the administration. Slate reports that he also put foreign journalists’ lives at risks of retribution in authoritarian regimes by refusing to renew their visas and illegally fired the board of the Open Technology Fund, which has a mission to o=promote internet freedom around the world.

Kathleen Kraninger, director of the Consumer Financial Protection Bureau under Trump, had no experience in consumer protection and actively sought to undermine the agency’s watchdog mission. She dropped restrictions on predatory payday lending and halted enforcement of a law protecting military members from predatory lending.

Peter Robb, the third fired official, served as general counsel at the National Labor Relations Board.  Slate reports that he demoted every regional director in an effort to gain “unprecedented authority to bust unions and prevent new ones from forming.” This directly contradicts the agency’s mission of protecting workers’ rights. He also reportedly tried to restrict free speech of workers and make it harder for unions to collect dues, among other actions.

Biden is expected to purge more Trump appointees, many of whom lacked experience in the fields they were appointed to oversee or who actively sought to sabotage the agencies’ missions.  It’s likely Biden will see his new appointees confirmed, since Democrats now control the Senate with the seating yesterday of two newly elected Democrats from Georgia as well as Alex Padilla, appointed to replace the Senate seat formerly held by Vice President Kamala Harris, who will now cast tie-breaking votes if the Senate deadlocks.  Republicans cannot filibuster nominees to the executive branch.

Read more at https://www.whitehouse.gov/ and click on the "Briefing Room" tab for the latest announcements.

I was not a Biden supporter, and did not vote for him. But I am so happy to see competence back in the White House, even the mild middle of our political spectrum is better than the Dunning-Kruger right. There is at least hope now that we can manage Covid and restart this economy. Can you believe that there were people insisting that Trump would remain President after the 20th?!?! I am also really enjoying all the tears falling on the Q shirts. Delightful! Well, enough dancing on their graves. Let's carry on into our future and leave all of those who embarrassed themselves so hilariously to the dustbin of history.
Joe Biden sacrificed 60,000 American jobs with the stroke of his pen. But dudes can shower with girls now. - I’ll criticize Joe Biden when I disagree with him, but I wholeheartedly endorse his plan to make women’s sports more interesting by letting men play them. Gonna be a fun 4 years!