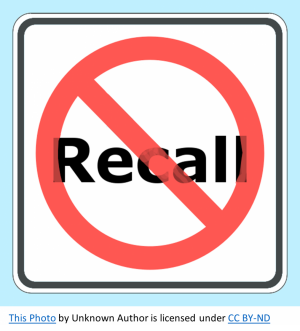 April 21, 2021 (Sacramento) – With California Governor Gavin Newsom facing a recall election, several measures have been introduced in the Legislature that would make it harder to recall state officials in the future.

However yesterday, State Senator Josh Newman, a Democrat, announced that he has withdrawn his Senate Bill 663, which would have required all county elections officers to publicly release names and contact information of each voter who signs a petition to recall a state official or put an initiative on the ballot.

Carl DeMaio, a Republican and Chairman of Reform California, issued this statement. “In the light of the justified public outcry, SB 663 has been withdrawn for now, but we know that Sacramento politicians will not stop their assault on citizens initiatives and recalls in California.”  DeMaio accused the measure of being “designed to punish voters who dared to sign petitions on recalls and ballot measures that politicians oppose.”

Current law allows gives signers up to 30 days to change their minds; SB 663 would have extended that to 45 days.

But critics argued that revealing names of petition signers would subject them to harassment by targets of recalls or their backers. Newman, who faced a recall in 2018, noted that his bill would not have impacted the recall against Governor Newsom, since it would not have taken effect until 2022.

Though 663 has been withdrawn, several other bills that would make it harder to recall officials and/or put initiatives or referenda on a statewide ballot remain active in Sacrament, Cal Matters reports.

Senate Bill 752 by Senator Ben Allen would require that before voters sign a petition for a recall, initiative or referendum, they would first have to certify that they had read a list of the proposed measures’ top financial contributors. It aims to prevent misrepresentation by signature gatherers, according to the author.

Allen has also introduced Senate Constitutional Amendment 3, that would put the name of an official targeted for recall on the list of successor candidates. It aims to prevent a candidate from winning with only a small fraction of the vote, which can occur when many candidates are running to replace a recalled official.

One other measure, Senate Bill 660, also by Newman, would ban paying professional signature gatherers for recalls, initiatives, and referenda to invalidate laws passed by the Legislature. This measures stands little chance of becoming law, however, since similar bills in the past have been vetoed by every recent governor – including Governor Newsom who wrote in 2019, “While I appreciate the intent of this legislation to incentivize grassroots support for the initiative process, I believe this measures could make the qualification of many initiatives cost-prohibitive, thereby having the opposite effect.”

And the effort to impeach and convict Donald Trump after he left office wasn't mostly a stunt? Politics seems to equal stunts much of the time nowadays. BTW, the argument that had he been convicted it would keep him from being President again is mostly speculation for now. And in any case, the folks who wanted him convicted had to know going in that the chances of conviction were very small. Thus, the motive was something else. I don't really care hugely if Newsom is recalled or not. Given the current political climate in California it is unlikely to change much, or anything at all.

The impeachment was while he was in office, the trial was after he left.

A stunt? If purposefully instagating insurrection isn't impeachable, i don't know what is. We are a nation of laws and precedent.

and there was collusion, as well, as Donald Jr. stressed to the Russians the importance of timing, and they knocked it out of the ballpark (destroy the kum-ba-ya moment typical of party conventions, and distract from the Access Hollywood tape news cycle)

It's like you people don't understand English, or simply refuse to ignore actual words spoken but rather use your imagination and think "what he really meant to say". Here's the actual quote - "On January 6th Trump told his supporters, “I know that everyone here will soon be marching over to the Capitol building to peacefully and patriotically make your voices heard.” Then he said, “We’re going walk down to the Capitol, and we’re going to cheer on our brave senators, and congressmen and women. We’re probably not going to be cheering so much for some of them because you’ll never take back our country with weakness.” How the heck you come up with "instigating insurrection" out of those words is absolutely baffling, we clearly don't speak the same English. Now, let's do Maxine Waters, how about that???
you have proven once again you are a racist! go crawl back to rump!
You might be on to something here.....10 Signs You Might Be A Secret Racist
the right cries whenever they do not get their own way. this recall will cost millions, when newsomes term ends in 2023 anyway what a waste of millions. Newsom was elected in 2018 with nearly 62% this recall is backed by https://calmatters.org/explainers/recalling-california-governor-explained/
Apparently your head was somewhere else during the past 4 years while the Left cried when they didn't get their way with the 2016 election. I guess you didn't have any issues with the $32 million spent on the Mueller investigation either?