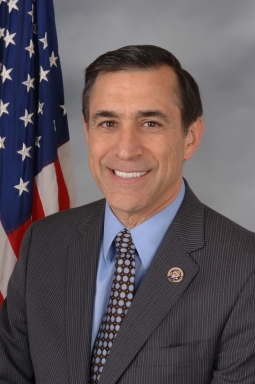 October 27, 2021 (San Diego) – Republican Congressman Darrell Issa has introduced a bill that would exempt people who test positive for antibodies against COVID-19 from the Biden administration’s vaccine mandate for federal workers and large employers.

The measure, H.R. 5642, is titled the Follow Accepted Science Together (FAST) Act.

“The demand by this Administration for vaccine mandates is a mistake,’ said Rep. Issa, whose district includes much of East County. “The FAST Act follows the science and exempts Americans with COVID-19 antibodies from this unfair White House edit.”

Issa acknowledges that vaccines are beneficial.  “The vaccines developed last year during Operation Warp Speed have helped millions of Americans—myself included,’ he states in a press release. “But instead of trusting Americans to make their own personal health choices, the Biden administration’s mandate are killing jobs and causing chaos.”

Issa cites studies by the National Institute of Health, Yale, and other institutions which found people previously infected with COVID-19 have substantial protection, which Issa says makes the vaccine mandate “unnecessary for millions of Americans.”

Dr. Tseng addressed the scientific question posed by the Issa proposal, but declined comment from a policy standpoint.

““If you’ve been infected and you develop antibodies, those antibodies are not as specific – not as good at protecting against COVID as the vaccine,” Dr. Tseng told ECM, adding that antibodies  last only up to around nine months.

But he cautions that if you’ve been infected with COVID and don’t get vaccinated, “You’re over two to three times higher risk to get COVID again” than a person who had COVID and gets vaccinated.

this guy is a criminal who should be in jail, he stole cars and was let off. he has no science education and has no business making these stupid bills up......and please stop posting such a large picture of this idiot.