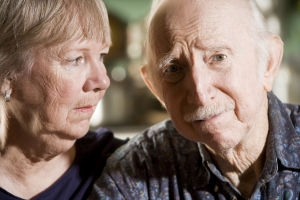 June 16, 2022 (San Diego) - Yesterday was World Elder Abuse Awareness Day.  The County of San Diego Aging & Independence Services is asking San Diegans to be on the lookout for signs of elder abuse.

Elder abuse can take many shapes and forms, including physical abuse, neglect, financial abuse, abandonment, isolation, abduction, or other poor treatment that results in harm, pain, or mental suffering to an adult 60 years of age or older.

Each year, an estimated 1 in 10 older Americans become victims of elder abuse, neglect, or exploitation.

You can help by reporting suspected elder abuse or concerns about self-neglect. Make an anonymous report by calling the County’s Adult Protective Services (APS) at (800) 339-4661.

Local elder abuse report numbers have increased in recent years as the large percentage of Baby Boomers who live in the region reach their retirement years.  Almost 23 percent of the County’s population is projected to be over age 65 by the year 2050.

Due to the large number of older residents, APS is receiving more requests for elder abuse investigations than ever before.

In addition to responding to allegations of abuse and neglect, the County is proactively working to reduce the likelihood of abuse by addressing risk factors, including social isolation, and building community support.

One of the tools used to address risk factors is the Aging Roadmap, the region’s comprehensive plan for services to make the county a better place for residents as they age.

The plan includes alternative transportation options, opportunities for social engagement, training older adults to use technology, and providing additional supports to caregivers, such as respite care, to help manage burnout.

APS also has a specialized program called the Alzheimer’s Response Team, which helps older adults with dementia access support services when they are in crisis so that they are less likely to end up in the emergency department or in law enforcement custody. Originally created as a pilot project in East County, the initiative was recently expanded to serve all areas of the county.

For more information on Adult Protective Services and elder abuse resources, visit the APS website. You can also get general information about programs and services for older adults and caregivers on the Aging & Independence Services website.

This article by Katie Cadiao resonates with me for a variety of reasons, as our senior citizens have been victimized in so many ways, and in many instances they may not realize that they have recourses. Ms. Cadiao references in her article the Adult Protective Services (APS), and recently I spoke with a social worker with the Adult Protective Services, Timothy Flores, and he gave me his attached business card with Penal Code 368 written on the back. In doing some research on this law I found out that those abusing senior citizens could be fined and imprisoned. A case in point is that of the People of the State of California v. Kymberly Sue Adams, who was fined and imprisoned for abusing an elderly citizen. See attachment here.

There are consequences to abusing the elderly, as indicated in the attached lawsuit here, in which Kymberly Sue Adams was fined and imprisoned. See here.