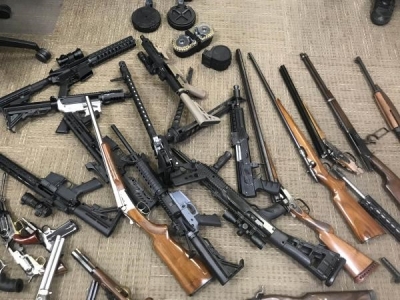 June 28, 2022 (San Diego’s East County) -- A man suspected in a series of burglaries at a self-storage facility is behind bars after stolen items, including firearms, were found in his East County home, says Lieutenant Shawn Wray.

Detectives from the Lakeside Sheriff's Substation had been investigating burglaries from several units at Ace Self Storage in the 9600 block of Winter Gardens Boulevard in Lakeside.  The investigation led to the identification of a suspect who lived in Ramona.

Once inside the home, deputies recovered 46 firearms.  Many of the firearms are assault weapons and fully automatic machine guns that are illegal to possess.

Some of the recovered firearms had also been previously reported as stolen, according to Lt. Wray. 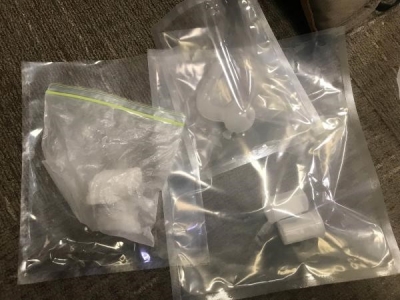 Also seized during the search were other illegal weapons (such as brass knuckles and batons) and more than 45 grams of methamphetamine.

Eberhart was booked into the Vista Detention Facility.

the right retrumplicans are arming themself to "take back America"!!! I am afraid for the real America! no one needs this many guns!!!