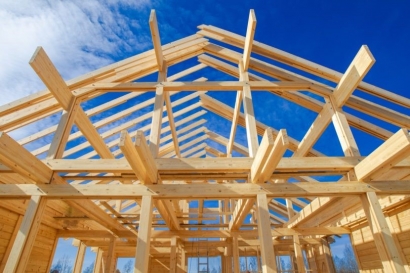 The Board’s action to adopt a new Transportation Study Guide brings County policies into sync with the state of California’s VMT law. That law aims to reduce greenhouse gas emissions from cars and fight climate change by asking proposed developments how many miles the people living in them would have to drive on average to reach jobs, amenities or transit.

The Board’s vote means housing proposed in unincorporated areas where cars would travel at least 15% fewer miles than the average of all drivers in the entire county ― including city areas ― could be built without VMT studies and mitigation. That would reduce the cost and streamline the review and consideration process for “infill and vehicle-mile-traveled-efficient” development in areas that have higher housing densities and are nearer to roads, jobs and transit.

Projects proposed where drivers would have to drive 16% or more miles than the average regional driver could still be proposed, approved and built. But they would have to pay for VMT studies and potential mitigation. That could make it more expensive for developers to build in the County’s unincorporated areas that are often located farther away from jobs and amenities.

However, County staff calculated the new Transportation Study Guide would allow up to 7,693 homes to be built without study and mitigation within two types of unincorporated areas ― infill areas and VMT efficient areas.

The VMT efficient areas are places where people would drive 15% or fewer miles than drivers within the region. Infill areas are defined as those with already dense housing development ― with a minimum of 425 houses and 128 intersections per square mile ― and within 15 miles of job centers.

One of the intents of the state’s VMT law was to encourage infill development that would improve public health by encouraging people to walk and bike more and reduce car travel and greenhouse gas emissions.

Supervisor Joel Anderson advocated for the County to keep as many opportunities for housing in the unincorporated area as possible as the Board implements state guidelines related to vehicle miles traveled (VMT.)

Anderson first supported Supervisor Desmond’s substitute motion, which would have reverted to the VMT metric the previous Board used in 2020 and exempted affordable housing from having to meet VMT requirements. The previous VMT metric kept the housing capacity at 18,000 homes, while the new one considered by the Board today reduced the number of potential homes to about 5,870. This motion failed on a party-line vote, with Anderson and Desmond being the only Supervisors to vote in favor of it.

“We are on the path to creating the biggest suburb of San Diegans in Riverside County,” Supervisor Joel Anderson shared at Wednesday’s Board of Supervisors meeting.

Following the failed vote, Anderson then introduced two amendments that would potentially allow for thousands of more units to be built in the unincorporated communities.

The first amendment directed staff to pursue transit opportunities in the unincorporated areas as part of the next phase of VMT implementation. The State VMT guidelines allow more homes to be built if they are near mass transit. This would therefore allow existing communities, such as Ramona or Alpine, to continue to grow to their planned capacity.

Anderson’s second amendment directed staff to study the potential to allow for new or expanded wineries in areas such as Ramona, Jamul, and the San Pasqual Valley. The VMT guidance as it stood did not provide enough clarity for these types of important agricultural uses.

Chair Fletcher and Vice Chair Vargas shared Anderson’s concerns for the unincorporated communities and agreed to accept his amendments.

“We’ve come up with an approach that simultaneously gets us to more housing and protects our climate for future generations,” Lawson-Remer said.

With their vote Wednesday, the Board also directed County staff to work with other agencies to see if more Vehicle Miles Traveled efficient areas could be created in unincorporated communities by bringing mass transit to them.

The final vote adopted the Supervisor’s amendments along with the recommendations and passed on a vote of 4-1, with Supervisor Desmond voting No.

in built-up areas and fewer houses in rural areas, accelerating the death of communities in 'terra incognita' AKA far-east county which is plagued by poor public transportation, weak medical care etc.

Ever tried to build an individual home in San Diego County. Ihanks to the Department of Planning and Land Use it takes years. They will throw up every road block they can find to make sure it's costly and takes forever. That's why most homes are built by large builders who can afford  the hassle.