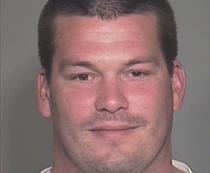 He is being held on suspicion of rape and murder and is being questioned by homicide investigators about evidence linking him to Chelsea King’s disappearance. However Channel 6 news reports that when asked if the 17-year-old Poway High student is still believed alive, Gore replied, "We’re holding out that hope.”

Gardner was arrested outside a restaurant in the 19000 block of Lake Drive at Lake Hodges in Escondido. Gardner is a resident of Lake Elsinore in Riverside County. He has been convicted of lewd or lascivious acts with a child under 14 years of age.

Sheriff Gore declined to state what evidence was found. A press release issued by the Sheriff stated, “At this time it would be in the best interest for the successful prosecution of Gardner that the evidence not be revealed in a public forum.” 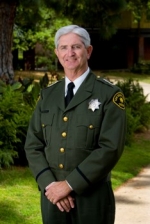 Gore said in a press conference this evening that there is a strong possibility that Gardner may also be tied to a December 27 attack on a woman in the same Rancho Bernardo park where King went missing. King, a long distance runner, parked her BMW at the Rancho Bernardo Community Park with her cell phone inside. Video of the full press conference is posted at 10 News:  http://www.10news.com/index.html.

Evidence linking Gardner to King was found on the south side of Lake Hodges. His home in the Lakeland area of Lake Elsinore has been searched along with other residences. The Web site notes that Gardner may have relocated from his registered Lakeland Village address. Public records indicate he has a recent address in Mira Mesa and may have lived in the Rancho Bernardo area from 2000 until 2006, the North County Times reports.  The Megan's Law website states that Gardner may have moved from his most recent address without notifying authorities.

Gardner has not yet been charged.  He is 6 feet 2 inches and weighs 230 pounds, according to the California sex offender registry.  That registry listed his address as 33210 Gillette Street in Lake Elsinore.  That residence and several others were searched today, Sheriff Gore said.

More than 2,500 volunteers, multi-agency law enforcement personnel and search and rescue teams turned out today to help search for King, who vanished while jogging late Thursday afternoon. Over a thousand participated in Saturday searches. A Facebook page devoted to her search swiftly attracted more than 24,000 friends. Flyers were circulated over the Internet as well as posted countywide.

This evening, her parents, Brent and Kelly King, posted the following message on the Facebook account.  "Nothing will change for us until our beautiful daughter, Chelsea King, comes home. We will continue searching for her, and we ask that all of you do the same until she’s back with us. She is an extraordinary daughter and also someone who is committed to her community. She has huge dreams and wants to change the world. Hundreds of people are working alongside us to make sure she has that chance, and we are deeply grateful. She and our entire family need your help now for Chelsea’s safe return. We thank law enforcement for pursuing all avenues to bring this situation to an expedient, positive outcome. We will be posting regular updates from our family on Facebook page: Chelsea King Search Center.“

The Sheriff's office has said they are continuing their search.  Anyone with information is asked to call the Sheriff’s department at (858)565-5200.

A great catch by local police. Now its time to kick away such people to worst condition sporting goods uk

This case is referenced in two book reviews of books of sex trafficking and kidnapping.