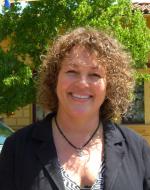 October 27, 2010 (La Mesa) – Reader comments on local news sites and blogs have had accusations flying in the La Mesa Mayoral race, but how much is really true?

In an ECM exclusive we provide a fact check on the social host ordinance violation that occurred at candidate Laura Lothian’s home on June 23, 2010.

ECM was the first media outlet to report on the incident in a story published August 27th.

In an October 12th blog post on LaMesaToday.com, Jim Wieboldt, La Mesa Parking Commissioner and past President of La Mesa Chamber of Commerce President, criticized Lothian on a number of issues including that Lothian “needs to address why her home was used earlier this year for an underage drinking party which resulted in the arrest and conviction of her daughter for a violation of the La Mesa Social Host Ordinance…."

Lothian responded with her own blog entry accusing Wieboldt of libel, writing,” No kids were arrested, including my daughter who abstained from alcohol. My daughter was not convicted for any crime: not an infraction, not a misdemeanor, not a fine, nothing. Not a single window was broken out either.”

Supporter Craig Maxwell chimed in on more than one blog, accusing Wieboldt of “lying about Laura Lothian's daughter's supposed arrest. Turns out it never happened. His story is a complete fabrication, and a libelous one to boot.”

So who is telling the truth?

ECM obtained a Public Record Information Release from the La Mesa Police Department that states, “The resident… was arrested for a violation of 10.38.030(a) L.M.M.C.-Social Host Ordinance, and released on a citation after promising to appear in court.”

Lothian told ECM in an interview here that she knew her daughter was having a birthday celebration, but believed it would be a “sophisticated little party” and went out to the Gaslamp for the evening. The outcome, however, appears to be neither sophisticated nor little.

According to the La Mesa Police Department public records request response, “On 6/23/2010 approximately 11:26 pm, La Mesa Police Department officers were dispatched to multiple calls of a large party at 4622 Date Avenue, La Mesa. Arriving officers saw approximately 100 people in the backyard of the residence and observed numerous persons who appeared under the age of 21 drinking alcohol. There were tables set up in the backyard on which people were playing 'beer pong,' numerous liquor bottles throughout the backyard and small white Dixie cups scattered throughout the backyard that had been used for Jell-O shooters.”

ECM has chosen to withhold the name of Lothian’s daughter, although she is legally an adult at age 19, as our intent is not to draw the child of a candidate into the limelight, but merely to address the truthfulness of statements made by the candidate and her most vocal supporters and critics.

Your Magazines dedication to providing the public with the facts was demonstrated again by the publishing of the facts surrounding the Lothian Party, as a person who will be making a choice in the race for La Mesa's Mayor you have provided me with very useful information.

Why am I not surprised of two things.
One, that the mayoral candidate either has a lousy memory, or lied.
And Two, that Maxwell is either gullible and believed Ms. Lothian, or has no problem spouting lies.

Thanks for looking into this and setting the issue straight.

Does anyone wonder who made the "jello shooters" at the Lothian party? How were they made without the hostess or mom knowing what they were? And...why were there "TABLES" set up for the Beer Pong if beer was not expected by the Lothian daughter or her mom? I ask this and can't figure out why tables (multiple) were needed if only a small party was expected. This is very curious.