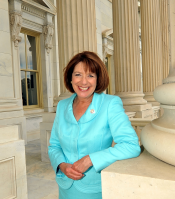 “It is worthwhile to bring teachers from underrepresented groups into our classrooms,” said Davis, a member of the House Education and the Workforce Committee. “The current lack of diversity leaves some students without an inspiring role model to whom they can relate.  A more diverse teaching force could enhance the public school system and the experience of students.”

Davis’s bill would provide competitive grants to school districts to design and implement recruiting programs to bring teachers from underrepresented groups into the classroom.  The Department of Education would analyze the programs and disseminate which were effective in recruiting minority teachers.  Successful results could be replicated in other school districts.