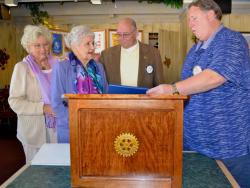 Rosemary Putnam exemplifies Rotary's motto of "Service Above Self" through her many contributions to the Lemon Grove community as she continues to give of her time and effort and tireless passion.