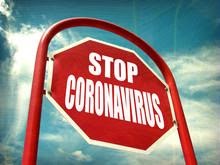 By Miriam Raftery
Photo: cc via Bing
March 23, 2021 (San Diego) – Over a half million San Diego County residents, or 18.8% of the population age 16 and up, are now fully vaccinated – and 30.6% of those eligible have received at least one vaccine, as of yesterday. As the number of people vaccinated ramps up, the number of cases, outbreaks, and testing positivity rates are continuing to drop.
Yesterday, the percentage of new positive COVID-19 cases out of 11,456 tests was just 2% -- with a 14 day average of 2.7%. That’s far below the target of 8%.  In areas with the lowest healthy conditions, as measured by the health equity metric, the rate is 3.4%.
The case rate is currently 5.5 cases per 100,000 residents, using the state’s adjusted case rate.  A total of 243 new cases were reported yesterday, along with four deaths of people ranging in age from their 50s to their 80s. All had underlying medical conditions.
No new community outbreaks were reported yesterday, though 16 were confirmed in the past week. That’s above the goal of 7, but substantially lower than in recent weeks.
The county qualifies to move into the less restrictive orange tier in two of the three metrics, but the state utilizes the most restrictive tier; the adjusted case rate is still in the Red Tier.
The state will have its next review on Tuesday, March 30th.

when those covid deniers return from florida watch out for the cases to go up!