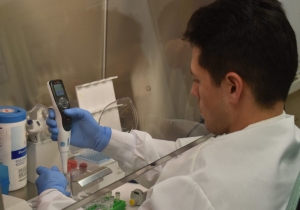 March 4, 2021 (San Diego) - The San Diego County Board of Supervisors voted Tuesday to ratify the acceptance of fiscal year 2020-2021 state community power resiliency funds, a key step in helping to improve backup energy sources for essential facilities and communications equipment as part of emergency preparedness efforts in the county.

According to Jeff Toney, San Diego County Office of Emergency Services (OES) director, the program funds the development of plans for securing items such as generators, fuel storage and other backup energy sources for critical operations during a power shutoff event.

“Back in October we received an allocation notification in the amount of $607,328 with specific guidance and requirements from the state,” said Toney. “That guidance required OES to allocate at least 50% of the award to support one or more of four resiliency areas that included schools, election offices, food storage reserves, and COVID testing sites.”

Toney said OES notified the state that San Diego County had identified COVID-19 testing sites as its focus resiliency area, and then worked with the Health and Human Service Agency and Department of Public Works to develop a plan for a backup power supply for one of the facilities.

“Of the total allocation, $303,664, or 50%, will be used for backup generator design costs for the Health Service Complex located at 3851 Rosecrans Street,” said Toney. “This facility houses the County’s primary COVID-19 testing laboratory.”

Toney said the Department of Public Works also received $151,832 from the fund to replace backup batteries for 54 traffic signals at major intersections located in unincorporated areas of the county.

Another department that will benefit from the Community Power Resiliency program fund is the San Diego County Fire Protection District, as 25% of the allocation will be used to purchase backup generators for three county fire stations. These facilities are the San Pasqual (#84), Lake Morena (#42) and Sunshine Summit (#59) Fire Stations.

According to San Diego County Fire Protection District Director Herman Reddick, fire stations are considered critical facilities that need to be equipped with backup power generators so that they are never, under any circumstances, without power.

“Fire stations depend on power to keep the building and fire operations running,” said Reddick. “With the continued year-round threat of wildfires, the continuous need for efficient and effective medical response, the risk of power outages and public safety power shutoff events in San Diego County’s unincorporated areas, ensuring that our fire stations are fully equipped with the necessary backup power is a priority and is very essential to saving lives in the communities we serve.”

OES encourages all families in the county to have an emergency plan and practice it so it is familiar in a high-stress situation. Additionally, all County residents are encouraged to register their cellphones on AlertSanDiego, the County’s emergency notification system and download the SD Emergency App at no cost. An emergency family plan template is available in English, Spanish, Tagalog, Vietnamese, Japanese, Arabic, traditional and simplified Chinese, Farsi, French, Korean, Somali and in an audio version.

However we are working on an article on this tragic accident given the massive scope of it and some victims were treated at a San Diego hospital.