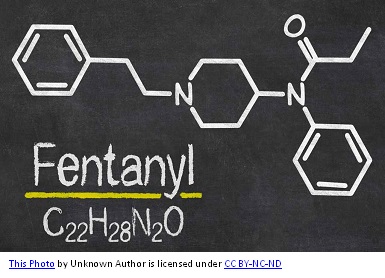 August 12, 2020 (San Diego) – District Attorney Summer Stephan is warning of an “alarming uptick” in overdose deaths caused by fentanyl.  Stephan says dealers are lacing various illegal drugs with fentanyl in what she calls “a recipe for death.”

At least 119 deaths so far this year are confirmed to be related to fentanyl in San Diego County, with another 84 deaths in which the drug is suspected to be a factor.  Isolation during the pandemic is believed to be a key factor contributing to the increase in addiction and fatalities.

According to a joint statement issued by state and federal prosecutors, law enforcement and county health officials, the number of deaths in 2020 is expected to exceed last year’s total of 152.

Many unsuspecting buyers of drugs such as oxycodone or alprazolam sold on the black market (often by people who could not get prescription painkillers) don’t realize they are getting fentanyl instead.  As little as two milligrams can be deadly for most people-just a small part of one pill.

"Deaths specifically from fentanyl or fentanyl in combination with other drugs in San Diego County have been increasing for years, almost exponentially really, since 2016," Wagner said. "So far this year, pending confirmation, we will have seen more than 200 fentanyl overdose deaths, whereas by this same time last year we had only seen 84.”

Dr. Luke Bergmann, the county's director of behavioral health, said social isolation exacerbated by the COVID-19 pandemic may lead many self- quarantining county residents to turn to substance abuse.

"It is critical in this time of mental health vulnerability and social isolation, with pervasive high rates of anxiety and depression, that people with substance use disorder are aware of the heightened risks of fentanyl and that they get access to harm reduction and care services for addiction," Bergmann said.

He urged residents to seek tele-health treatment that's been made available due to physical distancing requirements.

Officials said anyone who needs help with drug addiction can call the San Diego County Access and Crisis Line at 888-724-7240 or call 2-1-1 San Diego, both of which are available 24 hours a day, seven days per week.