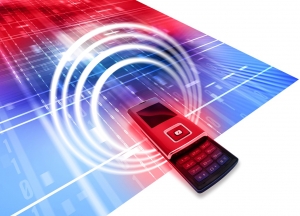 Now Tsou is reaching out to find 1,000 Twitter users with the most followers locally. He plans to ask them if they will agree to retweet County emergency messages on Twitter to help alert residents to evacuation notices, road closures and other urgent notices.

Tsou concludes,  “If we have 1,000 highly influential volunteers retweeting these messages, almost everybody in San Diego will get the message,” according to an article published by SDSU’s news center.  Moreover, Twitter users can embed their GPS coordinates into Tweets if they choose, helping officials direct retweets to those most likely to reach an impacted area instead of blasting the entire county with an alert that affects only a limited area.

County officials will also be able to use the new system to monitor false information or rumors originating from other sources and send out accurate details.

County officials are currently getting training on the system and giving feedback on how it might be improved.  Testing is expected after the initial training before the system will be implemented.

Really? Twitter? My Alma Marta needs to get out of the Ivory Tower and into the real world. There is NO INTERNET in disaster zones! As to the County putting out accurate details, you mean like the recent May fires? Or how about the number of Reserve firefighters in the SDCFA? Reality is so disappointing.