June 20, 2014 (San Diego)--Thirty years ago, the rate of preventable trauma deaths in San Diego County was 21 percent. Today, the figure is less than one percent.

The County attributes this dramatic change to the County Trauma System, a successful public-private partnership between the County of San Diego and six designated Trauma Centers. None of them are in East County, however. 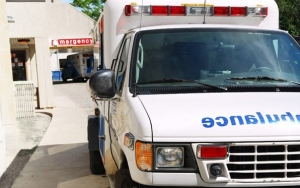 The San Diego County Trauma System was one of the first coordinated, multi-center trauma systems established in the United States, and remains a nationally recognized model. In fact, a person who sustains a life-threatening injury in San Diego County is twice more likely to survive than if the injury happened in practically any other part of the U.S.

The local Trauma System serves all of San Diego County and receives many patients from Imperial County hospitals. It is made up of the following six trauma centers:

It is unclear why East County, the most geographically expansive region locally, has no trauma center.

In the past 30 years, about 250,000 injured patients have received vital trauma care in the region.

The County Health and Human Services Agency’s Emergency Medical Services triages patients to one of the six centers based on a number of factors, including geographic proximity. Whether arriving by ambulance, helicopter or on foot, critically injured people are rapidly assessed and the coordination of trauma care begins.

“A trauma victim’s chance of survival depends on immediate response,” said Nick Macchione, director of Health and Human Services. “The San Diego County Trauma System has been a great success because of the dedication and many years of hard work from the surgeons, nurses and staffs of the Trauma Centers, as well as the pre-hospital and base hospital personnel, and staff of EMS.” Despite these successes, however, the lack of a trauma center in East County means patients in rural areas must still be transported long distances for treatment.

It's more important to have our fire stations staffed with people trained to the EMT level as they will be the first responders. They can stabilize the patient until paramedics arrive or call in the helicopter with a trauma nurse. The difference in flight time from any rural East County location to Grossmont Hosp. vs. time to Mercy or Memorial is only minutes, well within the "golden hour" so it is not significant. I was trained and certified in Medic/First Aid, CPR and AED use but the certs have lapsed, I still know what to do in an emergency. "...patients in rural areas must still be transported long distances for treatment" How is this different from any other place? Have you visited Coyote Canyon, Valley of the Moon or Alcoholic Pass? If injured you may be "transported long distances for treatment". Ron...?