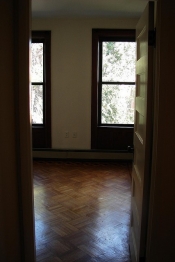 March 2, 2015 (San Diego’s East County) – California’s Supreme Court has invalidated a portion of Jessica’s Law, tossing out as unconstitutional restrictions that prevented sex offenders from living within 2,000 feet of schools, parks or other places with children.

The high court ruled in favor of the San Diego Public Defenders’ office, which had challenged the law, arguing that it was too restrictive and resulted in some paroled sex offenders winding up homeless – living on the streets, in vehicles, or camping along local rivers. Over one-third of the county’s 482 paroled registered sex offenders were homeless, prohibited by the law from living in 97% of the rental housing countywide.

Justice Marvin Baxter wrote the opinion, finding that the residency restrictions have increased homelessness and hindered the parolee’s access to medical treatment, drug and alcohol services, psychological counseling and other rehabilitative services.

San Diego’s Public Defenders had argued that local enforcement was too stringent, applying the housing limits even to sex offenders whose crimes did not involve children and those whose offenses were more than 30 years ago. Those rulings have kept some offenders from returning to their own homes, or to drug rehab programs located too close to parks or schools.

The ruling’s impact will be felt in East County’s rural areas, where residents have complained that communities such as Jacumba, Campo, Boulevard and Borrego have been used as “dumping grounds” for sexually violent predators. Whether the law will result in more or fewer predators released into rural areas remains to be seen.

Jessica’s law was named after a Florida child, 9-year-old Jessica Lunsford, who was kidnapped and murdered. The Supreme Court ruling left intact other provisions of the law, such as stricter penalties for repeat sexual offenders, an expanded definition of “sexually violent predator” and making it a felony for a paroled sex offender to possess child pornography.

According to an article in Reporting San Diego, San Diego Police Detective Jim Ryan told the court that this has led to a dramatic increase in the number of homeless offenders, which also makes it far more more difficult to have proper supervision. He also told the court that before Jessica's Law many of these offenders lived in low cost hotels where it was easier to keep tabs on them. Some of these hotels have been demolished, while others do not qualify as a residence due to Jessica's Law.

the decision makes sense .. the law should be limited to those who are rapists or child molesters ... the sex offender lists includes teens who had sex when one was below legal age. an all encompassing penalty is ridiculous
People who pee in public places - even if they're homeless and there's no public bathroom. There was a council candidate a couple of years ago who was walking precincts and went back to his car to pee in a cup; he got arrested and had to register. i think "sexting" counts too, if one of the parties is underage or if one sends nude photos to someone who doesn't wish to see them. I am not sure if all sex offenders are limited on where they can live, or only those considered violent sexual predators. If anyone can clarify, please do. I would not want my kids living next door to someone who has kidnapped, raped or molested children, but wouldn't be too concerned about a 19-year-old who had sex with a 17-year old consensually, nor someone who merely answered a call of nature to relieve their bladder, or in their wild and impetuous youth sent a naked picture as a prank or misguided effort to impress someone. As for the really dangerous ones, I understand the current flurry of released offenders is a bit of a bump in the python; eventually there won't be so many since penalties have been increased and some of the recent violent sexual offenders won't be getting out anytime soon, if at all.