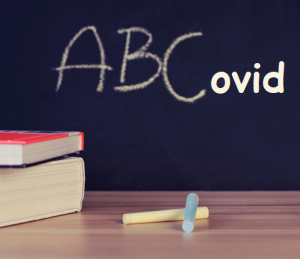 Cajon Valley, first to reopen, has most cases.  Three other districts report cases; others lack transparency in disclosure.

Update October 31:  The Cajon Valley Union School District has added a breakdown by schools of its COVID cases, which now number 15 students and 2 employees  (17 total) at 11 schools.

October 21, 2020 (San Diego’s East County) – How safe is it to send your child back to school amid a pandemic, or for teachers to provide instruction inside classrooms?

East County Magazine has checked out the websites of all districts in East County to determine how many cases have been reported at schools that have reopened thus far, and how transparent each district is in making this information easily available to parents, teachers and staff.

To date, the County Public Health Department has not reported any outbreaks (defined as 3 or more cases tied to a single location) at any East County elementary, middle, high school or community college district. However some school districts do have cases among both students and staff. It is unclear whether cases were contracted on campus, or how many others may have been exposed.

In some districts, information on schools with COVID cases are being publicly disclosed, but not in others. Asked about this discrepancy, County spokesman Michael Workman said, "A change in the order regarding schools is being discussed and may be in place soon. The state guidance referenced above covers school notification. It’s too early to say what our health order change may say."

Here are the results of ECM's investigation.

Cajon Valley Union School District was the first district in East County to reopen and was the subject of a New York Times article for its pioneering efforts to bring children back into the classroom in a district that has many working parents and immigrant families facing challenges teaching children at home.  Despite many safety precautions, the district now has the most cases and  highest rate of cases of any East County primary or high school district, though at 1.4 cases for every 1,000 students, the overall case rate in the district is still relatively low.

As of today,, the district  reports COVID-19 cases in 3 employees out of 2,181  (0.14%) but 15 students have tested positive out of 10,180 in-person students (0.15%).  Of note, the number of students listed as positive for COVID doubled from yesterday to today, so it is unclear whether there are enough at any specific school for the county to designate as a community outbreak in the next county update.

Cajon Valley has set up a special webpage where it is reporting case numbers and rates updated daily, but does not disclose on its website which of its 38 schools have cases. ECM has learned that one of the schools impacted is Meridian Elementary School, where those exposed were  sent a notification letter. View the district's current case information at  https://www.cajonvalley.net/Domain/4086

The two most transparent districts with the most information available are Santee School District and Lakeside Union School District. Both have webpages that list total cases, case rates, and a breakdown by school.

Lakeside Union School District  reports 0 cases among its 662 employees and 1 case in an in-person student at Terra del Sol Middle School, out of 3,695 students in the district, or 0.0003% of in person students.  https://www.lsusd.net/domain/2004

Alpine Union School District does not yet have a specific page for COVID case disclosure, however a letter posted on the website on October 15 from the Superintendent discloses that the district has had one COVID case in a student at Boulder Oaks Elementary School. 10 News reported on the contract tracing done and the school's proactive steps to have those exposed quarantine at home. https://www.alpineschools.net/

The following districts have reopened for on campus, blended or hybrid learning with at least some in-person instruction, according to their websites, but had no page on their websites tracking COVID cases that ECM could find. So we don’t know if these districts have had any cases or not, or which schools may be affected:

Grossmont-Union High School District (has at least one case, a letter sent to El Capitan parents confirms, but this is not listed on the district's website)

It remains to be seen whether these districts will set up pages for parents, teachers and staff to get information on active cases at their schools.

NO REOPENING PLANS YET

The Lemon Grove School District has not yet announced a reopening date for in-person learning, according to its website.

The worst record by far among San Diego County Schools is held by San Diego State University, which was forced to shut down in-person learning almost immediately after a major outbreak occurred, fueled largely by college students who attended parties and failed to abide by masking and social distancing requirements. Since the start of classes in August, SDSU has reported a whopping 1,199 cases including 16 faculty and staff members, 13 visitors, 419 students living on-campus, and 780 students living off-campus.  The cases are tracked at https://sacd.sdsu.edu/student-health-services/covid19-case-alert-protocol.

an update for the 2021/2022 school year.
Covid turned education on its head, and with the school's quarantine, my grades deteriorated. I didn't know how to deal with it. But when I read this review - https://www.topwritersreview.com/reviews/rephraser/ , I realized that I had found a reliable paraphrasing service. With his help, I wrote many student papers: essays and term papers.
Strange news..