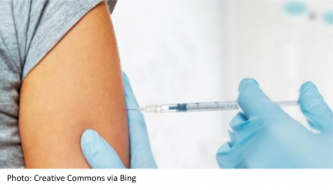 The state expects to receive 2.5 million doses a week in early April and over 3 million doses a week by the second half of the month, as a result of actions taken by the Biden administration to dramatically boost supplies including forging a deal to have rival pharmaceutical companies team up to increase production and providing funds to state and local governments to expand vaccinations.

FDA approval of the Johnson and Johnson vaccine, which has begun rolling out in San Diego, also makes it easier to expand the number of vaccination locations, since it does not require storage at ultra-cold temperatures and requires only a single shot.

“In just a few weeks, there’ll be no rules, no limitations, as it relates to the ability to get a vaccine administered," Newsom stated in a press conference. “This state is going to come roaring back."

As of March 25, San Diego County reports that 31.7% of County residents eligible have received at least one vaccine and 19.3% of those age 16 and up are fully immunized.

None of the vaccines available (Pfizer, Moderna and Johnson and Johnson) have yet been approved for anyone under age 16. However, testing is now underway by some vaccine manufacturers on children with a hope to win approval later this year to begin vaccinating children.

On March 24, the last date for which data is available, the positivity rate among San Diego County residents tested was just one percent.  Over the past two weeks, positive tests average 2.8 percent.