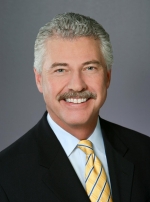 “We are deeply grateful to Bill for his outstanding leadership heading up our operations in New Orleans, the United Kingdom and, finally, San Diego,” said Pat Esser, President and CEO of Cox Communications.

Esser added, “His tenure has been marked by quality customer service, stellar financial results, successful development of strong leaders and the highest standards for corporate community engagement. Obviously, his leadership will be greatly missed, but we wish him the very best in the next chapter of his life.”

Since 1995, Geppert has led efforts to transform Cox San Diego from a cable company to a multi-product communications company by launching high-speed Internet, residential telephone and other business services in the market. As a result, Cox has grown dramatically, increasing its revenue five-fold and tripling the number of employees.

Today, Cox is the largest provider of voice, video and data services in the region. Cox San Diego has been recognized as one of the “Best Places to Work” in San Diego on multiple occasions by Society for Human Resource Management, and has been nationally recognized for its customer service by JD Power and Associates.

Geppert established the Cox Kids Foundation, which has donated more than $3.5 million back to the community, and launched Channel 4 San Diego, which produces Emmy-award-winning local programming such as “Salute to Teachers” and “San Diego Insider Magazine,” and for the past 15 years, Padres baseball.

“It’s been my privilege to have a long and productive career with a company that has extremely high standards, treats people right and is value-driven at its core,” said Geppert. “I have been very fortunate to work with and develop very talented people to build a high-performing organization that has enjoyed success and is committed to giving back to the community.”

Vincent Mudd, President & CEO of San Diego Office Interiors and Chairman of the San Diego Regional Chamber of Commerce, said "Bill has built a positive culture at Cox Communications that resembles his personality: caring, competent, driven and excellent. Bill has been a mentor to many business executives. He has represented what is best in a local business leader by building Cox Communications into a market leader while at the same time working tirelessly to support the San Diego community."

“Bill has been – and will continue to be – a great leader for our community,” said city of San Diego Mayor Jerry Sanders. “For Cox, he created jobs by providing high-quality products and services.”

“For the region,” Sanders added, “he has consistently demonstrated a special ability to bring people together. I want to thank him for his service to the community and I look forward to working with him as he begins a new chapter focusing on making San Diego a better place.”

Added Geppert, “I intend to focus on the important work of leading the Regional Vision Initiative, bringing the business community together in a new alliance and finding new ways to help ensure a bright future for the region. We can only realize our highest regional potential if we have a vision and come together as San Diegans,”

Geppert made it clear that he will remain in San Diego and focus his full attention on giving back to the community that he and his family have grown to love.

Bob Kelly, President & CEO of The San Diego Foundation, said “We need more people who do half as much as Bill does for San Diego. While he ran a very successful company, he spearheaded the launch of two of The Foundation’s monumental initiatives-Endow San Diego and Regional Vision Initiative. With his increased time and availability, I am going to be the first one in line seeking his strategic thinking and leadership to benefit our community.”

Geppert will continue in his current role through February 2011. He will be succeeded by Cox veteran, David Bialis. A California native, Bialis ran the Cox operation in Oklahoma for nearly 20 years and has most recently served as the Senior Vice President for Operations, overseeing the Cox systems in California, Arizona, Nevada and Louisiana.