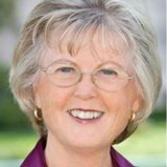 March 4, 2016 (Alpine) – California Public Utilities Chairman Michael Picker has sent a response to Supervisor Dianne Jacob’s letter, in which Jacob asked for an independent state review of electromagnetic field levels in the Alpine area near the underground Sunrise Powerlink.  But Jacob contends, “The agency’s initial response falls far short of what must be done.”

Picker said he appreciated the concerns, adding that he will “further investigate this matter per your request. Additionally, I will notify San Diego Gas and Electric of your concerns and encourage them to work with you to assess the current levels of EMF in the community.  The commission takes these matters very seriously and the Commission will report back to you when we have investigated further and can provide a more detailed response to these concerns.”

On her Facebook page, Jacob stated, ”The CPUC letter fails to include a timeline for an investigation and makes no assurances there will be an independent review of the results. Instead, Picker says he will alert SDG&E and encourage them to work with me. Does that mean state regulators want SDG&E to help lead an investigation? Terrible idea.”

Jacob said the utility “can’t be trusted” adding, “The CPUC should also make sure SDG&E is not manipulating the level of power running through line in an attempt to alter EMF readings.” She indicated she is writing the CPUC again to ask for details and clarifications.

The controversy arose after an informal study found high EMF readings on Alpine Blvd, where the Powerlink is buried. The authors suggested children in Alpine should be tested for childhood leukemia, since very high EMF levels can double the risk of leukemia in children.

A subsequent study at Alpine Elementary School commissioned by the County Board of Education found some EMFs but levels were within those considered safe by European standards (the U.S. has no EMF standards for long or short-term exposure.)  All levels inside classrooms were below that threshold, though some outdoor readings very near the street at a parking location were higher.

The Viejas band of the Kumeyaay nation has announced it is donating $5,000 to have an independent study done in conjunction with the Alpine Education Foundation at the Alpine Elementary School.

Some residents have called for additional testing at other Alpine sites including a preschool, a proposed high school site, residences and businesses along Alpine Boulevard.