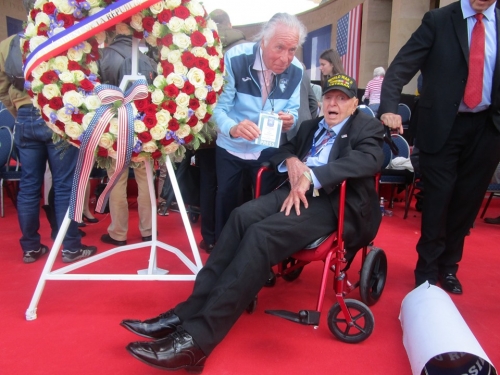 By Daniel Smiechowski, San Diego
June 6, 2019 (Colleville sur Mer, France) -- Today at the American Cemetery in Normandy under cloudy skies and a brisk chill, world leaders including President Trump, French President Emanuel Macron and former United States Secretary of State John Kerry along with an astounding 1300 American military personnel gathered to commemorate the Allied assault on Vichy France otherwise known as the D-Day landings or Operation Overlord. It was the greatest amphibious military undertaking in history led primarily by American and British forces.