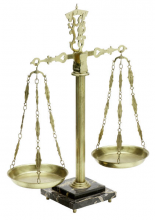 Trump announced plans to shut down the program and his administration has stopped accepting applications or processing renewals. But the judge ruled Trump’s rationale for dropping DACA, a program created during the Obama administration, did not pass legal muster.