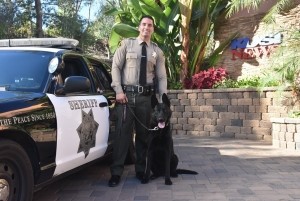 February 22, 2018 (San Diego) – Sheriff’s Deputy Richard Fischer, who has been accused of groping and other sexual misconduct by more than a dozen women, has been charged on multiple counts.  Today, he pled not guilty to all charges, 10 News reports.

Charges include a dozen counts of assault and battery by an officer, one count of sexual battery and a count of false imprisonment.

At least two of those accusing Fischer of sexual misconduct are from East County, including a woman who claimed he fondled her in the back of his patrol car, leading her to fear she could be raped, and an El Cajon woman who said he grabbed her breasts and asked if she had any nude photos.

He was placed on administrative leave shortly after the first complaint was filed last August.  At least six claims and several lawsuits have been filed over his conduct.

Sheriff Bill Gore released the following statement after the arraignment:

"The Sheriff's Department has worked closely with the District Attorney and her staff throughout this process. We have dedicated significant resources to the investigation of these cases to ensure the findings were both objective and thorough. Our Department does not and will not tolerate actions such as those allegedly perpetrated by Richard Fischer. His payroll status was modified from paid administrative leave to unpaid leave pending the outcome of the investigation. We have the utmost confidence in the criminal justice system and we will continue to coordinate with and support the District Attorney's Office as these cases move through the judicial process."

I highly doubt that so many women would come forward, bare their souls and accuse someone of this horrible behavior. Sounds so very familiar lately. These men (certainly not gentlemen) seem to have a twisted notion regarding what they are entitled to do to innocent victims who now have to deal with the traumatic, emotional wreckage inflicted upon them. SHAME on all men who perform bad acts on anyone! Have fun in prison, I'm quite sure police officers are not particularly liked. And don't think for a second that protective custody will protect you at all times for the duration of your sentence. Then there's life after prison.