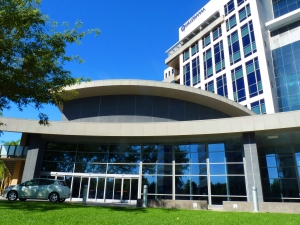 March 13, 2018 (San Diego) – President Donald Trump has blocked a takeover of Qualcomm by Singapore-based Broadcom, which would have been the biggest technology merger in history.

In a a presidential order, Trump cited “credible evidence” that if Broadcom acquired Qualcomm, the foreign corporation “might take action that threatens to impair the national security of the United States.”