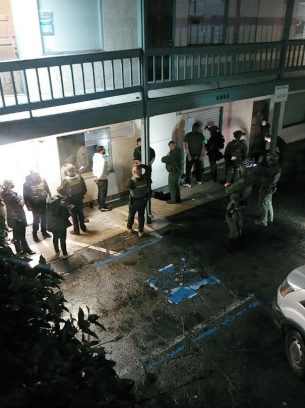 By Miriam Raftery and Rick Nothano

March 12, 2021 (Spring Valley) – Two shooting victims have been hospitalized with non-life-threatening injuries resulting from gunfire outside of an illegal marijuana dispensary in Spring Valley Wednesday night.

Sheriff’s detectives from the Rancho San Diego station responded to multiple calls of gunshots at 8:33 p.m. near Dolores Street and South Barcelona in the Casa de Oro neighborhood, an area where numerous illegal dispensaries have previously been raided and shut down.

Deputies found a 22-year-old shooting victim along with evidence of a shooting outside a dispensary at 9966 Dolores Street, unit 107, as well as a firearm, says Sergeant Karen Bloch.