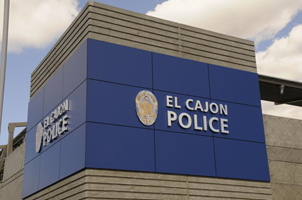 May 30, 2021 (El Cajon) –  A 23-year-old man has died after being struck by a white Chevrolet truck at 8:00 Friday morning in El Cajon. El Cajon Police officers and paramedics from Heartland Fire Department treated the victim at the crash site in the 200 block of North Johnson Avenue but he was pronounced dead at the scene.

“Based upon the initial investigation and evidence collected from the scene, it appears that the motorcyclist was traveling northbound on North Johnson Avenue from W. Main Street,” says Lt. Jason Taub with El Cajon Police. “A white Chevrolet work type truck made a turning movement, violating the motorcyclist’s right of way, causing a collision.”

The driver of the Chevrolet was uninjured and remained on scene, and is cooperating with the investigation, Taub said, adding, “It does not appear as if alcohol or drugs were a factor in the collision. The case will be sent to the San Diego County District Attorney’s office for prosecution.”

If you have information regarding this collision, please call the El Cajon Police Department at (619) 579-3311.