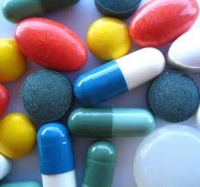 September 13, 2010 (San Diego) – The Drug Enforcement Administration in San Diego, along with law enforcement, government, community, and public health services are participating in a national prescription drug “Take-Back” program to prevent pill abuse and theft. Potentially dangerous expired, unused, and unwanted prescription drugs will be collected for destruction on Saturday, September 25 from 10 a.m. to 2 p.m. at locations countywide.

The service is free and anonymous, no questions asked.

Rates of prescription drug abuse in the U.S. are increasing at alarming rates, as are the number of accidental poisonings and overdoses due to these drugs, the DEA reports. Studies show that a majority of abused prescription drugs are obtained from family and friends, including from the home medicine cabinet. In addition, many Americans do not know how to properly dispose of their unused medicine, often flushing them down the toilet or throwing them away – both potential safety and health hazards.

Collection sites in San Diego County, including several in East County, may be found at www.dea.gov.