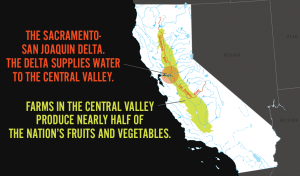 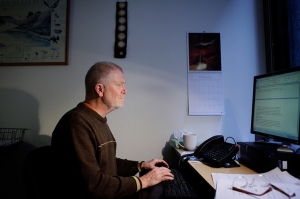 “There is a lot we can do. The problem is we have significantly oversubscribed our water system. More water is contracted for in any given year from California’s federal and state water projects than falls as precipitation by a factor of as much as five times. These water contracts have provisions that say in case of drought the government water projects will cut contractors back from the delivery amount set in their contracts, but the very fact that water has been committed in a certain amount on paper creates expectations. Then the water contractors say, ‘We’ve made a deal for 100 units of water and we’re only getting 25 this year. We’ve been cheated.’ Well, the problem isn’t that they’re being cheated, the problem is that the system of allocation is unrealistically generous, allocating on paper many times more water than is produced in a given year. The drought should be a wake-up call for everyone. We need to ask some very hard questions about where and how we allocate our water,” said Orr. 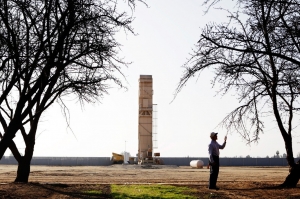 California’s Bay-Delta estuary and the surrounding marshes and grasslands were once hailed as the “American Serengeti.” The area was home to billions of waterfowl, elk and grizzly bears, and lay at the heart of abundant salmon runs. That world was already disappearing by the late 1940‘s, and the giant water projects of the 50’s and 60’s were devastating to the environment of the Delta and the rivers that feed it.

“We have re-plumbed the vast watershed of the Central Valley so that water moves very differently than it did in its natural state,” said Orr.

The “canary in the coal mine” for the Delta ecosystem is the Delta smelt. It was once one of the most abundant fish in the Delta, but is now “perilously close to extinction.”

A whole series of other fisheries are collapsing. All but one salmon run is on the endangered species list.

He added, “Does it make sense to be planting thousands of acres of almond trees, in a portion of the Central Valley that is practically a desert, when we know we are a state that has these cycles of drought? This should be a zone where you plant annual crops. Then in drought years you either let the land go fallow or plant less water-reliant crops. You don’t have that choice when you are talking about a permanent crop of trees.”

The more fresh water that is pumped from the Delta and shipped south, to nourish agribusiness in the arid southern Central Valley, the more salt water intrudes into the Delta from San Francisco Bay. So Delta farmers who have long tapped directly into the Delta for their irrigation water are now getting increasingly salty water! In a dreadful irony, these farmers, once located next to a natural supply of fresh water, will eventually be unable to use the increasingly salty water. Meanwhile, fresh water pumped out of the Delta upstream will continue to be sent south to arid, far less suitable farmlands at an enormous energy cost.

Making matters worse, prior to last fall, California was the only western state that did not regulate the use of groundwater. Thus, the state had no requirements for reporting how deep wells were, how much water was drawn out of an aquifer, or how that water was used. Now groundwater management legislation is in place, but the goal is to achieve sustainability by 2040. Some wonder if this is too little, too late.

“There are a lot of decentralized, lower cost approaches that could help effectively increase our water supply,,such as increased efficiency of irrigation systems, recharging aquifers, reuse of treated wastewater, and urban capture of rainfall. But our government clings to the paradigm of we’re going to fix our water problems by massive, costly engineering projects: creating two giant tunnels through the Delta, building energy-intensive desalination plants, and raising the dam of the largest reservoir in California by another 18.5 feet at a cost of several billion dollars. The decision makers who manage our water seem addicted to big infrastructure and don’t seem to think of more cost-effective solutions like recharging the existing aquifers, which already exist underground. Nor do you need to build a dam to increase efficiency of irrigation, require water reuse, and capture urban storm water, when there is storm water, and store it for various purposes.”

“There are a lot of things that can be done, and we’re not on the verge of running out of water if we begin to manage it more rationally,” said Orr.

There must be some new thinking applied. Business as usual won't work. 1. The average household in California uses a range of from 1/2 to one acre-foot of water annually. That's about 300,000 gallons of water, or nearly a thousand gallons per day, or about 200 gallons per person per day. These are rough figures. There are ways to reduce that consumption, including reduced-flush toilets. The wealthy are using too much water for lawns, and that also applies to golf courses. Get tough and reduce consumption. The governor has already moved on that, but it's only a start. 2. Ancient water rights need to be changed. Using tons of water to grow alfalfa in the Imperial Valley, much of which is shipped to Asia, defies common sense. These are but two examples -- there needs to be no limit on new thinking to face up to the calamity that us upon us. Burying heads in the (dry) sand is not the answer.

water projects could have kept us from the mess ... when the greenies in san francisco demolish hetch hecky (sic) the system that feeds them, then i might listen to their drivel

Earth Justice? What a load of dung.