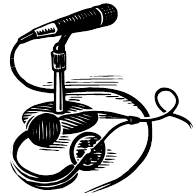 Allen Wilde has lived in El Cajon for several years now. It has always been a dream of his to be an announcer, and would be a bonus announcing our San Diego Padres. Allen sells motorcycle parts during the day for JP Motorsports in Chula Vista. “I have announced Little League games, also DJ for weddings, so why not? “ stated Wilde. “ I think with my personality, unique voice, and the way I annunciate will help me to be a finalist.”

Doug Herman has resided in El Cajon since 1972. He has been actively involved in baseball his whole life, without playing the sport. Herman has many accomplishments linked to baseball however. He has been a league official, President of El Cajon Pony League and San Diego Adult Baseball League, amongst others. “ I believe what I bring to the table the professionalism, and years of radio broadcasting. “ stated Herman. He is currently semi-retired but has many years of baseball knowledge.

Patrick Connor was born in Clairemont, but has resided many years in El Cajon. “ Since I was a teen many of my friends have told me I have the voice for radio, “ stated Connor. Amongst his accomplishments, he has vocalized for U.S. Navy training programs and IRS programs. He has also taken professional voice acting classes for about a year. “I believe I would be a great fit for this position, I have an engaging personality, easy to connect with, and mostly I have a unique beard. “ Patrick quipped.

Randy Mann, a BMW sales representative from La Mesa with voiceover experience, is also in the running for the coveted San Diego Padres announcer spot.

All three of these local folks are pretty confident in their success. Good luck gentlemen!