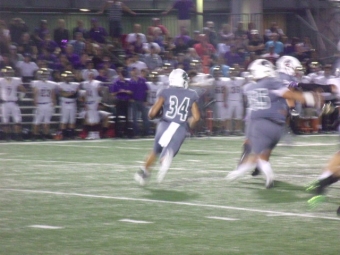 September 14, 2018 (La Mesa) - Week five of Friday Night Lights takes us to Helix for the first time.  The Highlanders are facing a rare uphill battle early in the season; they’re 1-3 and tonight they faced the Saints of St. Augustine.

The weakness of Helix’s defense began to show as the Saints spent the first three minutes of the first marching down the field.  Junior Sage Eismann punched it in at the goal line to give the Saints the lead.  But it didn’t last long as Helix senior quarterback Daniel Amon, fresh back on the field after suffering an injury last week, connected with fellow senior Chris Rivera for the 40-yard game-tying touchdown.  We were knotted at seven after one. 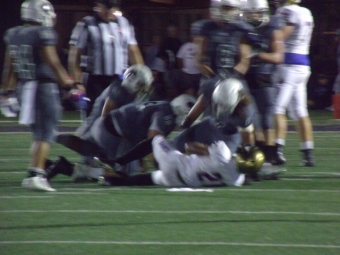 The Saints made their way downfield again in the second and sophomore Byron Cardwell ran into the end zone from four yards out to give St. Augustine the lead again.  That was the only scoring of the half despite a few chances for Helix and the Saints went to the locker room up 14-7.

The Highlanders were finally able to break through the Saints’ rock-hard defense in the third.  Fato Noa made some smooth moves to get to the end zone and tie the game.  The Scottie dogs couldn’t let the quarter end without taking their first lead of the game and with two minutes left, junior backup quarterback Delshawn Traylor did just that, keeping the ball and taking the left side in to give Helix their first lead of the game at 21-14.  But wait!  The Highlanders got better on defense too!  Saints junior quarterback Angelo Peraza’s pass was picked off by sophomore Jaiden Brown, who returned it back the other way for a pick six and the quarter ended with the Scotties up 28-14.

The Scotties ran the clock and played solid D for most of the fourth quarter, but Traylor ran another QB keeper into the end zone to ice the game.  The Highlanders hand the Saints their first loss of the season and win 35-14 and move to 2-3. 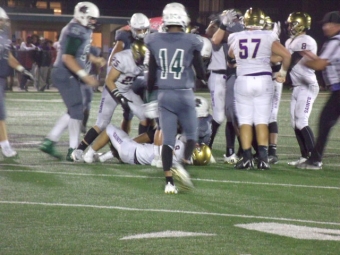 The Highlanders begin conference play next week when they travel to Lakeside to face El Capitan.  Kickoff is at 7:00 p.m. 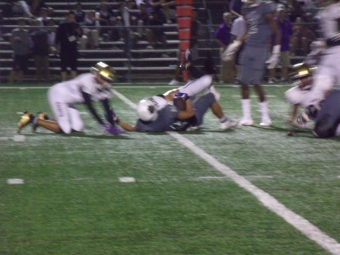