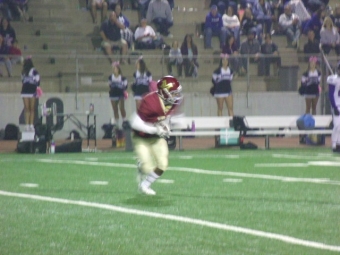 October 26, 2018 (Spring Valley) - West Hills is 8-1.  Monte Vista is 8-1.  Finally, on the last game of the season, they were meeting on Monarch turf in Week 11 of ECM Friday Night Lights - the Grossmont League Championship edition. 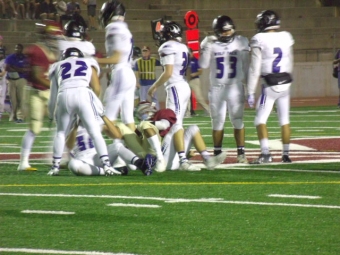 We learned that bears hibernate during the winter and wake up in the spring.  That’s first grade material.  Jahmon McClendon, however, is not a bear.  In fact, he’s not human, either.  We’re not exactly sure what he is.  But we do know that the senior back was asleep all through a scoreless first quarter and awoke with a start in the second, running 99 yards downfield from Monte Vista’s one yard line for a touchdown to put the Monarchs up 7-0.  Running down an entire football field would tire most normal people out, but McClendon isn’t a normal person and on Monte Vista’s next drive, he took the handoff right and scored again to give the Monarchs a 14-0 lead.  The UCLA commit doesn’t just specialize in long runs; he also specializes in goal line runs for all your short yardage touchdown needs.  He found a gap in the middle and punched it in from the six for the six and the Monarchs were sitting pretty, leading 21-0.  By this point, McClendon was probably feeling like the kid in a group project who does all the work, but apparently, he didn’t mind as he ran 75 yards downfield after breaking some tackles for yet another Monte Vista score and his fourth of the game.  Eventually, he decided to take a break and let the half end.  Monte Vista led 28-0. 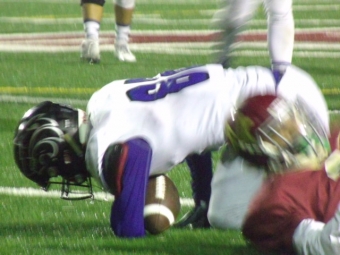 After a commercial break, the Jahmon McClendon Show returned in the third with his fifth touchdown of the night from 14 yards out to make it 35-0 Monte Vista after three quarters.

Ironically, the Wolf Pack did most of the clock-killing in the fourth and the Monarchs cruised to a 35-0 victory on McClendon’s five rushing touchdowns.  The win also makes the Monarchs your Grossmont Valley League champions for 2018. 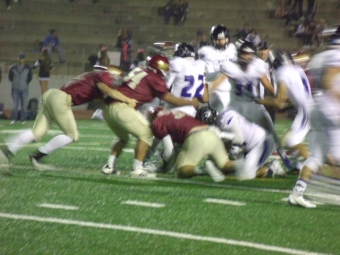 which is a challenge getting to schools outside of the urban parts of East County.  We wish some sports fan would donate a car so Liz could have wheels for more games!

The problem is they play a lot of smaller Christian schools that aren't in the Grossmont League so the games won't be as newsworthy.  I always try and fit them in.  I have covered Christian High basketball last season.