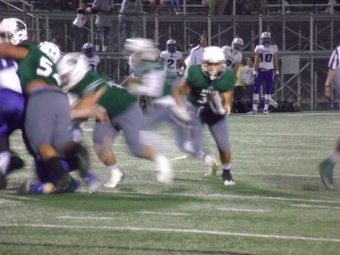 November 9, 2018 (La Mesa) - A team that should be in the playoffs against a team hanging on by the seat of their pants.  This playoff edition of ECM Friday Night Lights takes us to Helix again, where the Scottie dawgs faced off with Grossmont in round two of the Battle for the Musket and the CIF Division I quarterfinal. 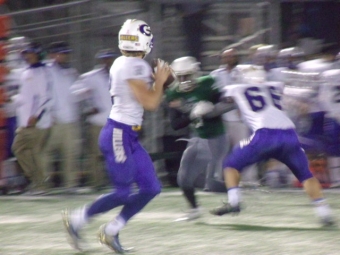 Helix wasted no time.  In the first quarter, junior running back Elelyon Noa pretty much laughed in Jahmon McClendon’s face, saying “Jahmon McClendon who?” and broke a 77-yard touchdown run and the Highlanders were up 7-0.  Noa did it again from 20 yards out for his second touchdown of the night.  The extra point was blocked and the Highlanders led 13-0.  Noa got his hat trick touchdown easily after a pick by sophomore Joshua Meredith set up Helix for the score and they led 21-0.  After another interception by junior Delshawn Traylor, Noa ran 76 yards to the one yard line, but he was tired, so he let Traylor keep it and run it in from one yard out for yet another Highlander score.  Helix led 27-0.  Grossmont finally got on the board after a long pass from Jamie Odom to Skip Waltower.  Robert Tucker ran it in from five yards out and put the Hillers on the board, trailing 27-7.  Noa was reluctant to get us out of the first quarter and scored another touchdown, his fourth, a 69-yard run that put the Highlanders up 34-7 after one (finally). 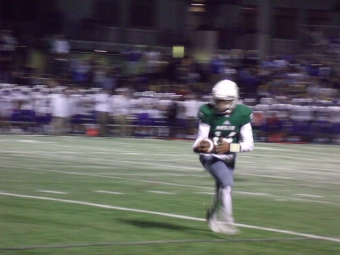 Think one quarter was enough?  That’s a resounding NO from the Scotties.  To kick off the second, Traylor used the new trick that Noa taught him—running really really far—to break a 72-yard touchdown run to put the Scotties up 41-7.  Quarterback Daniel Amon and wideout Chris Rivera connected as the two seniors hooked up on a pass play good for a 26-yard score.  Grossmont’s special teams once again proved to be the only Grossmont defense that was decent and blocked the extra point and the Highlanders led 47-7.  A long catch and run by Rivera set up senior Joshua Shields’ three-yard touchdown run and at this point, we just considered leaving as Helix led 55-7.  Now punched it in at the one again and Helix was in the 60s now, up 61-7 at the half. 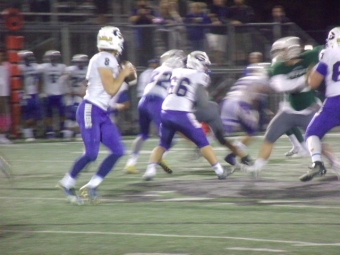 Shields added a 15-yard touchdown run in the fourth to add insult to injury and Helix absolutely demolished Grossmont 68-7 with the running game.

With Grossmont out, Helix advances to the semifinals against Eastlake next Friday in Chula Vista at 7 p.m. 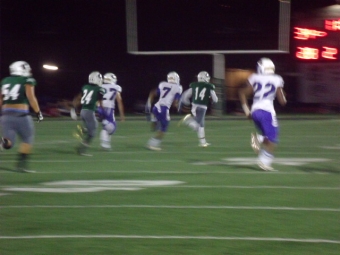