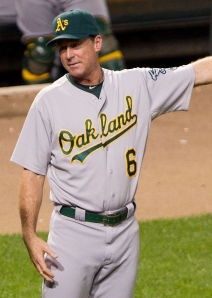 Photo via Keith Allison on Wikipedia, CC by SA 2.0

October 28, 2021 (San Diego) - Former Oakland Athletics manager Bob Melvin has agreed to a three-year deal to manage the Padres, according to Twitter and two sources reporting to mlb.com.

Neither club has confirmed, but Melvin has managed the A's for 11 years with an 853-764 record.

The Padres fired ex-manager Jayce Tingler on October 6 after they failed to make the playoffs.