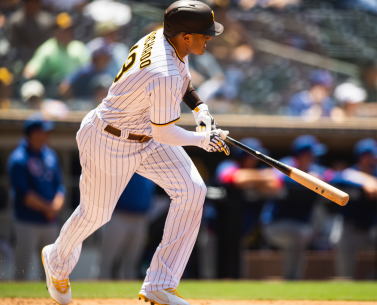 By Liz Alper
Photo via @padres on Twitter
June 9, 2021 (San Diego) - The Cubs rebounded last night to split the series, so the Padres tried to take the series again today in the finale.  We had a great pitching matchup in Jake Arrieta for Chicago against Yu Darvish facing his old team.

Today’s game was short but sweet.  In the third, Manny Machado scored to single Tommy Pham, but Joc Pederson erased it with a solo homer in the fourth and we were tied at one after four.

The Cubs were able to take down the Padres with very little scoring, as Anthony Rizzo grounded into a double play to score Ian Happ in the seventh and Sergio Alcantara hit a solo homer in the eighth and the Cubs took the series 2-1 with a 3-1 win.  The Padres fall to 37-27.
UP NEXT
The Padres get a day off before flying back to New York to face the Mets again for the weekend.  First pitch Friday night is at 4:10 p.m.  Another great pitching matchup as Blake Snell starts against Jacob deGrom for New York.