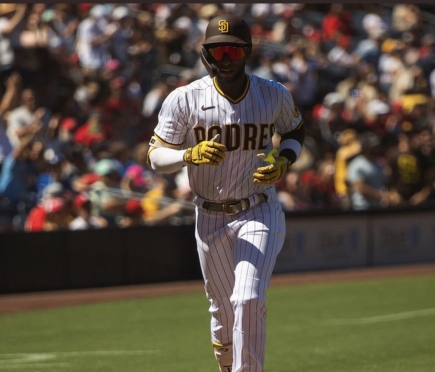 September 22, 2022 (San Diego) - The Padres have gotten two easy wins against the Cardinals.  Today, they went for the series win against Jack Flaherty for St. Louis against Grossmont High alum Joe Musgrove.

Jurickson Profar kicked things off in the first with a solo homer and the Padres led 1-0 after one.

Luis Campusano singled in the second to score Josh Bell and the Padres led 2-0 after two.

Lars Nootbaar put the Cardinals on the board with a homer in the fifth, but Profar doubled in the home half to score Campusano and the Padres led 3-1 after five.

But it all disappeared in the seventh.  Brendan Donovan cracked a grand slam.  The Padres got three more runs, but the Cardinals avoided a sweep with a big 5-4 win.

The Padres go back on the road again for a weekend in Denver.  Game one against the Rockies is tomorrow at 5:10 p.m.  Sean Manaea starts against Ryan Feltner for Colorado.