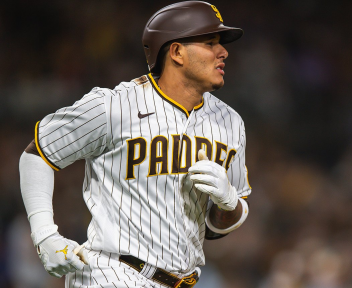 By Liz Alper
Photo via @padres on Twitter
May 9, 2022 (San Diego) - After a successful series against the Marlins, the Cubs paid a visit to San Diego.  Kyle Hendricks started tonight’s game one for Chicago against MacKenzie Gore.

The Cubs started the scoring in the first with Seiya Suzuki’s double that scored Willson Contreras and the Cubs led 1-0 after one.

The Cubs extended their lead in the fourth with Ian Happ’s single that scored Patrick Wisdom and Chicago led 2-0 after four.
Suzuki got the job done again by grounding into a double play in the fifth that scored Jason Heyward and the Cubs led 3-0 after five.
Heyward scored again in the seventh and the Cubs led 4-0 after seven.
Happ singled again in the eighth to score two and the Northsiders ran away with game one 6-0.
UP NEXT
Game two tomorrow is at 6:40 p.m. and can also be viewed on MLB Network.  Wade Miley starts for Chicago against Mike Clevinger.
TRANSACTIONS