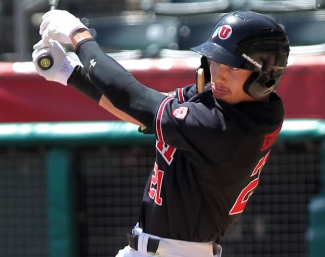 Photo:  Helix alum DaShawn Keirsey Jr. was drafted 124th overall in the fourth round by the Minnesota Twins.  Photo via mlb.com

June 5, 2018 (Secaucus, N.J.) - On day one of the MLB Draft, the Padres surprisingly only chose one pitcher and devoted their other two picks to fielding.  Click the cut to see who they picked today in rounds 3-10, as well as where some East County kids are headed. 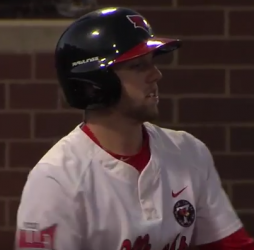 Miller is strong and can play middle infield and is an offensive middle infielder.  He showed more power this season, but may not have the footwork to play short, so he may be at second.  He slugged .325/.351/.498 his sophomore year and led the Redbirds in batting average, slugging percentage, hits with 81, RBIs with 48 and and runs scored with 36, so he can handle the bat well and has strength. 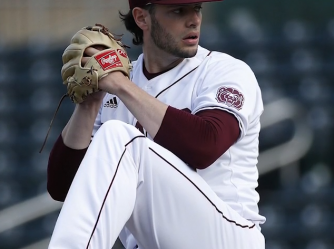 He led the Missouri Valley Conference in strikeouts this past season with 106.  He’s huge; 6’6”, 215 and packs a high-speed fastball that can reach 98.  He’s a strikeout menace and can hold batters to low averages and can stop hits easily.  He does lack consistency in quality and command, but has a mid-80s slider than can lose power along with his breaking ball.  But when he’s on, he’s on.

Keirsey has great bat-to-ball skills and makes constant contact.  He has extra base power, but isn’t a home run threat.  A hip injury took away some of his athleticism and speed, but he’s a decent center fielder with a good arm. 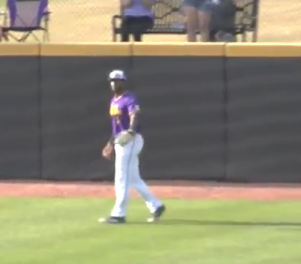 Previously drafted in the 26th round in 2015, he has trouble staying healthy.  Not as fast as he was in high school, he’s strong and powerful for 6’2” with a power bat.  If he stays healthy, he’ll be productive.  He’s a brilliant fielder; in fact, the photo we chose is from a game against USF where he robbed a home run. 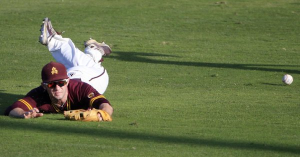 As a Bulldog, Canning batted .374 with 54 stolen bases.  He was named a Perfect Game All-American in 2014 and 2015 and a 2015 Louisville Slugger High School First-Team All-America.  He leads the Sun Devils in almost every offensive category.  He’s not a deep home run threat, but can clearly drive the ball and be a top offensive producer. 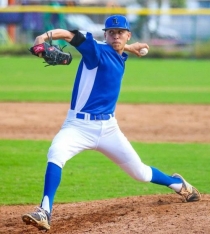 The first Puerto Rican player the Padres take, he’s committed to Miami-Dade College and throws a 91-mph fastball and was on the Canada/Puerto Rico All-Region First Team.  He’s an athletic left-hander. 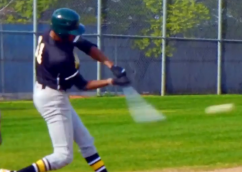 A transfer from San Jose State, De La Rosa returned home to San Diego and slugged .875 last season with a .434 average.  He has power and speed but will strike out a lot and has poor pitch recognition, but has above-average bat speed.  He has a great arm from the outfield.  He needs considerable development by the Tigers, but will develop tools easily in their farm system. 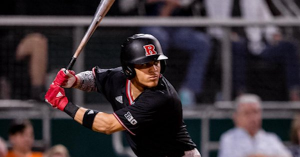 He plays both football and baseball for Rutgers, but prefers baseball, so no worries there.  He has tools, speed, brawn, he can steal bases and he can be an above average defender.  He likes to put the ball in play and then run.  He won’t slug the ball, but he’ll hit and take walks.  His speed allows him to cover a lot of ground in the outfield. 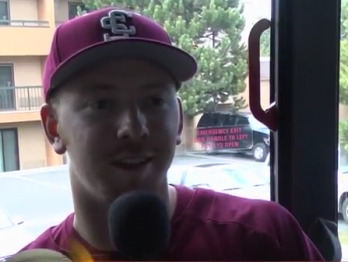 Wilson sat out 2017 recovering from Tommy John surgery.  He was the Broncos’ Saturday starter in 2016 and was decent, with a 3.92 ERA, 5-5 record and 66 strikeouts in 80.1 innings.  He had a better 2015 as a sophomore, where opponents hit only .282 against him.  He’ll need to stay healthy and build up his arm.  He can pitch up to a 95-mph fastball with room to grow and features a decent slider. 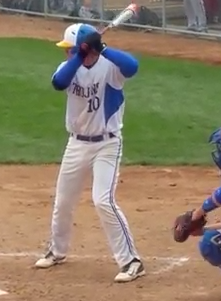 Becker may be the best pure hitter that the Wildcats have.  He’s a scrappy second baseman who can hit.  He’s a switch-hitter who’s been called a “professional hitter” by the Wildcat coaching staff.  He has patience at the plate and makes pitchers work and comes up with timely hits. 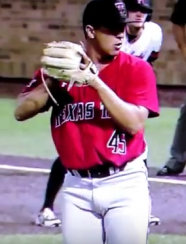 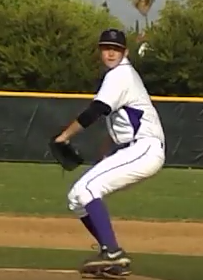 This season, Strong cut his walk ratio and posted a 3.90 ERA with 86 strikeouts in 90 innings.