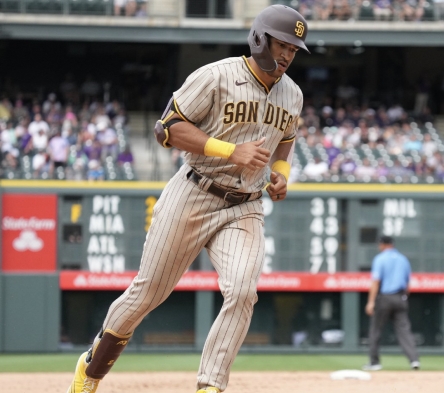 July 14, 2022 (Denver) - The series with the Rockies is finally wrapping up today and the Padres were hoping to split.  Blake Snell started against Denver native Kyle Freeland for Colorado.

The Rockies kicked things off in the second with Randal Grichuk’s two-RBI double.  Connor Joe hit a sac fly to score Grichuk and the Rockies led 3-0 after two.

With the bases loaded in the fourth, José Iglesias and Kris Bryant walked to score Yonathan Daza and Garrett Hampson and the Rockies led 5-2 after four.

The Rockies pulled ahead with Iglesias’ double that scored Joe in the sixth.  C.J. Cron singled to score Iglesias.  Grichuk doubled to score Cron and the Rockies took an 8-5 win to the house to take the series.

The Padres come home to host the Diamondbacks before the All-Star break.  Game one is tomorrow night at 6:40 p.m. and will only be shown on Apple TV+.  Madison Bumgarner starts for Arizona against Yu Darvish.